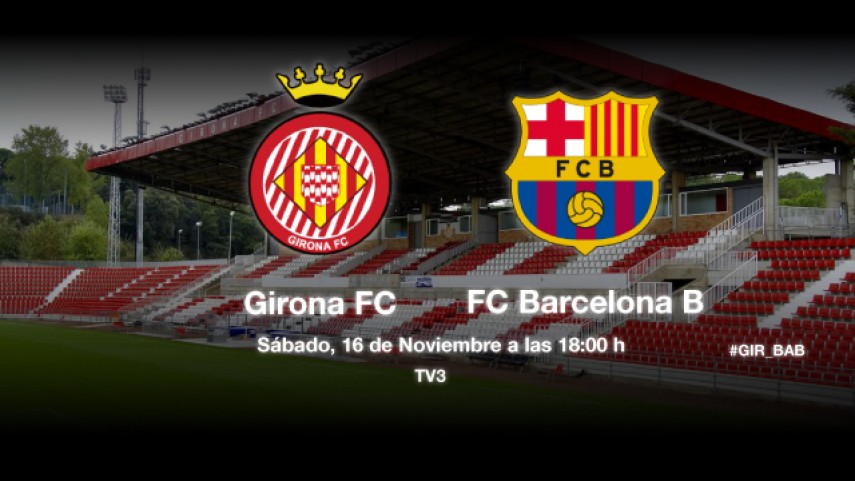 Montilivi hosts a needy Barça B

Girona is looking to climb into the playoff spots to the detriment of an Azulgranas reserve side who are stuck in a rut.

The Catalonian derby between Girona FC and FC Barcelona B in the Liga Adelante represents a very different challenge for its two contenders. The team from Montilivi comes into the match hoping to scale the table into the playoff positions while Eusebio Sacristán's men are looking to pick themselves up after a bad run of results that has long overstayed its welcome.

The home side is still hampered by a few injuries, but the return of David García means Ricardo Rodríguez will probably use David Juncà on the left wing again as the left-back is now available. In addition, Chus Herrero is now one hundred per cent fit after playing 90 minutes in the team's 1-2 win in Anduva over CD Mirandés.

The good news at Barça B is that Sandro Ramírez and Agostinho Cá have been given the medical all-clear. The Canarian striker has seen the back of his muscle ailments and the Portuguese midfielder returns to the team after rupturing the meniscus in the FIFA Under-20 World Cup in summer in Turkey.