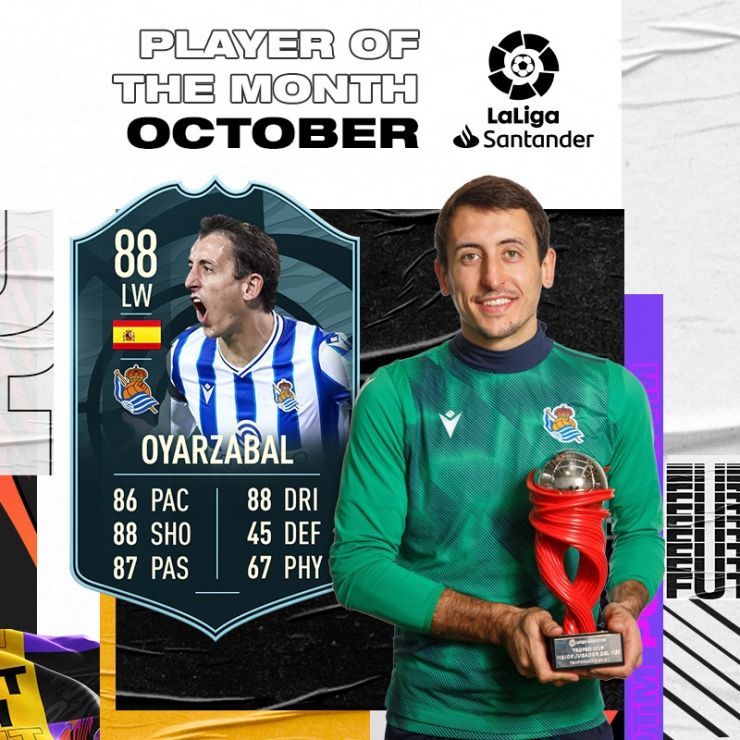 Real Sociedad’s captain has been given this award following a stellar month, in which he played an integral part in his team’s rise to the top of the league and outscored his teammates.

Mikel Oyarzabal has been named LaLiga Santander Player of the Month for October. The 23-year-old star helped Real Sociedad top the table, playing a key role for his side as Txuri-urdinak won three games out of three, scoring 10 goals and conceding just one in the process.

Real Sociedad’s captain is not only the heart and soul of Imanol Alguacil's charges, he’s also their principal goal threat. As well as being La Real’s leading scorer, Oyarzabal is currently topping LaLiga Santander’s goalscoring charts with a total of five goals, netting three of them in October. 23-year-old Oyarzabal consistently proves that age is but a number, showing experience beyond his years in every match, which has seen his team top the LaLiga Santander standings.