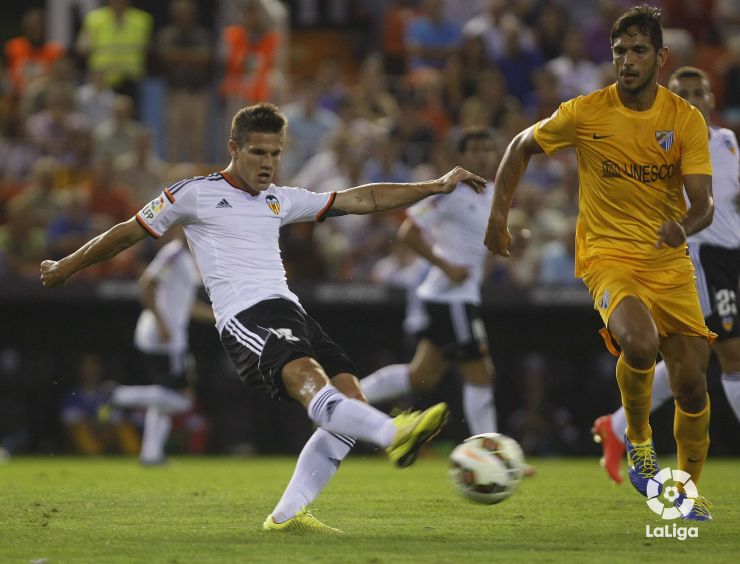 Valencia downed Málaga 3-0 at home thanks to goals from Paco Alcácer, Parejo and Piatti.

Valencia CF recorded a 3-0 win over Málaga CF at the Mestalla in the second round of Liga BBVA games. Goals from Paco Alcácer, Dani Parejo and Pablo Piatti saw Nuno's side record their first win of the 2014/15 season, and move onto four points. Meanwhile, Javi Gracia's side remain on three.

The match got off to an even start, with possession and chances being shared between the sides. A header from Roque Santa Cruz, who was Málaga's danger man, sailed over the bar, while Feghouli came close for the home side. The visitors were then reduced to 10 men just before the half hour mark, after Sergi Darder was shown a red card. Just four minutes later Valencia took advantage, with Alcácer making it 1-0 from a José Gayà cross. Dani Parejo doubled the lead with the rebound from his missed penalty.

After the break, Valencia sealed the points with a third goal, scored by Piatti following neat combination play with Alcácer. Málaga did not give up the fight, and went close through Samu Castillejo, who forced Diego Alves into action. The match ended 3-0 and it was the home side that took the three points.