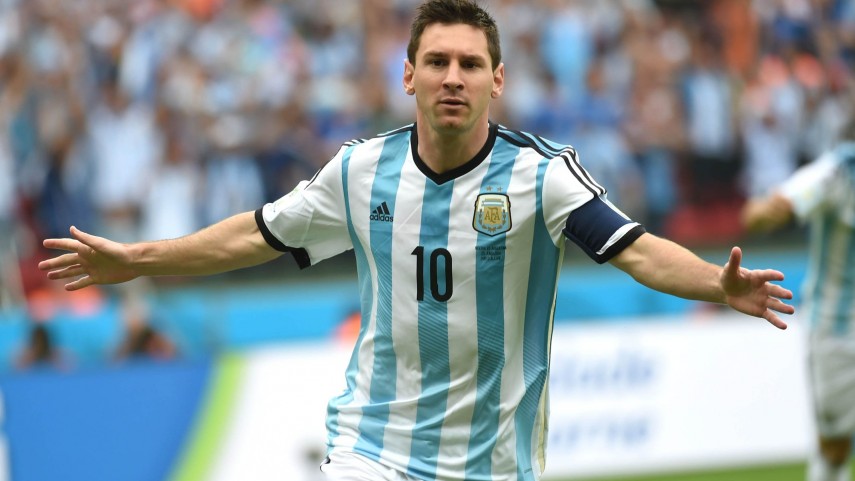 Messi's goals will be key to Argentina's quarterfinal hopes

Messi is one of the top scorers at the World Cup in Brazil.

"Messi is a great player, he is blessed and you can't escape him. Messi is from Jupiter". That is how Stephen Keshi, manager of Nigeria, described the FC Barcelona player following their Group F meeting. And the extraterrestrial Messi is having a terrific World Cup. With his four goals he has taken the Argentina national side into the last 16 and is only the third person to score in three consecutive World Cup games for his country.

Messi wants to conquer South America just like the other famous number '10s' have done for the Albiceleste. He wants to be the Mario Kempes or Diego Maradona of his generation, and to do so, he will have to overcome Switzerland.

Alongside the four-time Ballon d'Or winner are other Liga BBVA stars, including Ángel Di María and Javier Mascherano; key pieces in Alejandro Sabella’s side. ‘El Fideo’, who played match number 50 for his country against Nigeria, continues to impress with his pace. Mascherano is the tournament’s highest passer, registering 311 passes, and is a wall in the centre of the pitch, having recovered 23 balls.

With regards to the Europeans, two players played in Liga BBVA last season: Haris Seferović with Real Sociedad de Fútbol and Philippe Senderos with Valencia CF will be trying to blunt Messi and co. These two sides have only met once in the World Cup, with Argentina seeing off Switzerland 2-0 in 1966. Switzerland have never beaten the South American outfit, having drawn twice and lost four times.

Alejandro Sabella's have seen off any doubts that lingered from the qualification campaign, completing a clean sweep in the group stage, and are one of the favourites to win the title. They will have to see off a very disciplined side, who despite the fact they shipped six goals in the group stage, are strong and will be looking to equal their best ever performance at the tournament, by reaching the quarterfinals, something they managed when they hosted the World Cup in 1954.