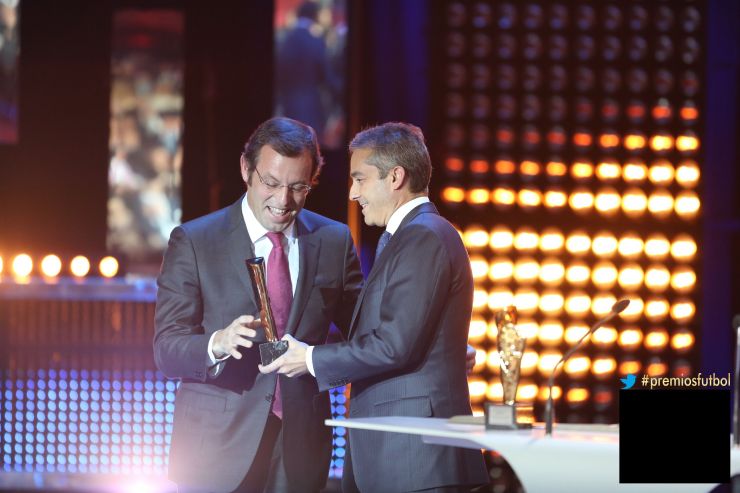 The Argentinian superstar, also the winner of the Best Forward award, has received the ultimate recognition for his great season at the LFP Awards Ceremony.

There are not enough superlatives to describe Messi's career. At 26 years of age the Argentinian genius has a trophy cabinet that overshadows almost any other in the history of football and he has now added the Best Liga BBVA Player to his endless list of accolades.

His achievements last season leave little room for doubters. He scored an incredible 46 goals in the Liga BBVA to take Barcelona to the title with a record-equalling total (100). In the Liga BBVA game against RC Celta de Vigo, one of his many exhibitions, his goal against the Galician side completed a seemingly impossible achievement: scoring against all the Liga BBVA teams in consecutive matches, in other words, 19 league matches in a row.

The Argentinian continues to break boundaries and to make a mockery of those who dare imagine limits for such an insatiable goal-scorer. He is capable of producing statistics only matched by those of a long-forgotten and bygone era. The Liga BBVA has repeatedly been dazzled by his displays ever since he made his debut for the azulgranas ten years ago. Since then, the player from Rosario has left countless unforgettable moments in the archives, and will surely provide many more in years to come.