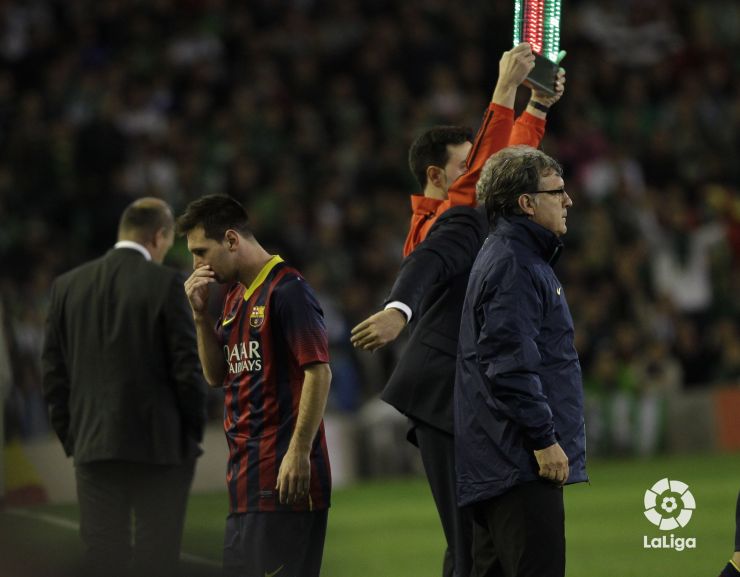 Messi out for Barcelona

Through their website, Liga BBVA leaders FC Barcelona, have confirmed that the attacker suffered "a muscle tear in his left hamstring", which could see him out of action for Gerardo Martino's side until next year.

Messi, who has eight goals so far in Liga BBVA this season, came off after 19 minutes in the Catalan side's 1-4 win against Real Betis Balompié.

This is the Argentine's third injury of the season so far, after a thigh injury picked up in the Supercopa de España against Club Atlético de Madrid, and the "small fibre injury in his right hamstring", which affected him against UD Almería at the end of September.