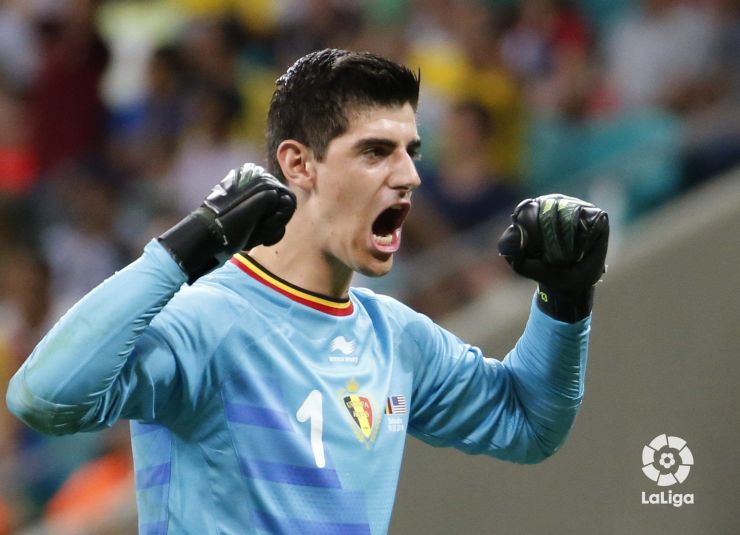 Messi and Courtois, a Liga BBVA clash at the World Cup Mundial

The match between Argentina and Belgium in the quarter finals of the World Cup will bring together several old foes of Spanish football.

The 2014 FIFA World Cup is hotting up. Eight teams are still dreaming of lifting the coveted trophy, and five Liga BBVA players will star in a clash of familiar faces in the quarter finals of the tournament in Brazil.

Argentina and Belgium will be entertaining the fans as they square off in Brasilia. Lionel Messi, Ángel Di María, Javier Mascherano, Thibaut Courtois and Toby Alderweireld represent the footballers who ply their trades in the Liga BBVA and will now be fighting for a place in the World Cup semi-finals.

Messi, Di María and Mascherano are the heart and soul of an Argentinian side that reached the quarters after beating Switzerland in extra time, with a last-minute goal from the Real Madrid CF player after a pass from the Blaugrana number 10. It has been a little over 28 years since the side last became world champions.

29 June 1986 was the last time Argentina lifted the World Cup with a helping hand from Diego Maradona, and now it is his ‘heir’ who is looking to do the same. The last meeting between the two teams came in that same World Cup in Mexico and the South American side recorded a 2-0 victory thanks to two goals from Diego Armando Maradona.

If they are to repeat the feat, first they will have to get past Belgium. The 'Red Devils' arrived in Brazil with a lot of new faces, and they have found their game in the land of the Jogo Bonito. Their coach, Marc Wilmots, has so far been able to get the best out of his players and now he has a great chance to show the world that his team is capable of big things.

The two Club Atlético de Madrid players, Courtois and Alderweireld, lead their side from the back. Both of them, Liga BBVA champion with the Rojiblancos, starred in the epic battle that culminated their victorious league campaign against Barcelona.

With their country, their role takes on even greater importance. The goalkeeper is the bastion of the Belgian team upon his return to international football. Courtois possesses a safe pair of hands that any manager would die for. He has demonstrated this on countless occasions in the Liga BBVA against Messi and Di María. In the rear-guard, the knowledge, strength and cunning of the defender are a  foil to the experience of Daniel van Buyten, the oldest player on the side.

Youth and experience will battle it out for one goal. Argentines and Belgians are bidding to stay on in the World Cup in Brazil and their roads to glory are full of clashes like the one this Saturday.