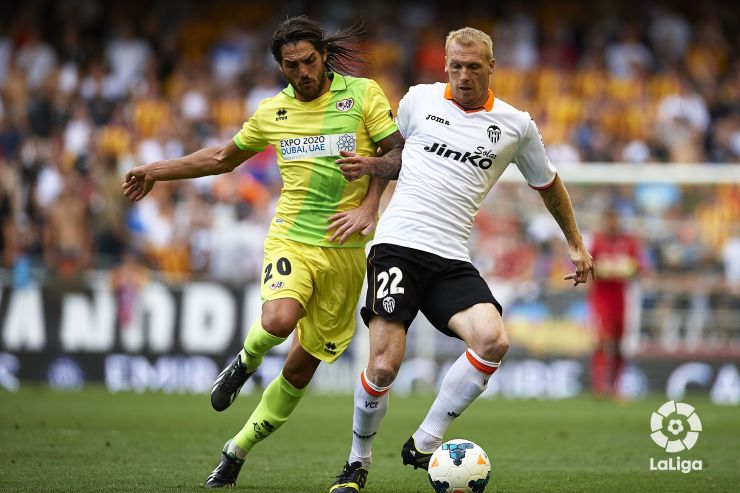 Mathieu, a century in the Liga BBVA

The defender arrived from Toulouse in 2009 and recently renewed his contract with the club until 2017. He has 50 victories under his belt with Valencia.

What better scene than the new San Mamés Stadium for Jérémy Mathieu to celebrate his 100th Liga BBVA match with Valencia CF. The French player played the full 90 minutes of the match which Miroslav Dukić's team drew with Athletic Club (1-1). During this time, the 29-year-old has scored three goals in five seasons and accumulated 50 victories, 26 draws and 24 defeats.

Four years ago, in the summer of 2009, the defender arrived at Valencia from Toulouse FC as a left-back, but the team's ex-manager, Ernesto Valverde, used him in the centre of the defence for the first time last season and Mathieu himself says he feels more comfortable there. Despite the interest from other Spanish clubs, at the end of last season he renewed his contract, which was due to expire in June 2014. He will now remain in Valencia in June 2017.