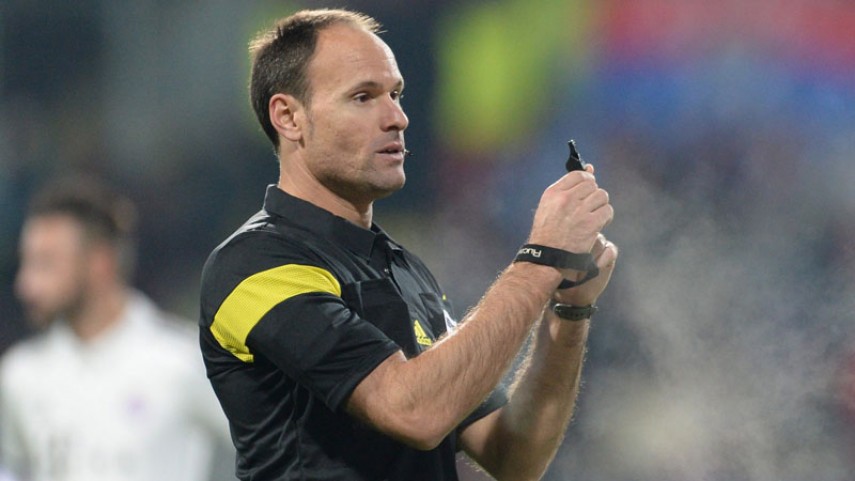 The referee from Valencia will be responsible for officiating the final between Real Madrid and Barcelona on Wednesday the 16th of April in the Mestalla.

Antonio Miguel Mateu Lahoz (Comité Valenciano) is the referee chosen by the Real Federación Española de Fútbol to officiate the final of the Copa del Rey, which takes place next Wednesday, the 16th of April, in the Mestalla Stadium. Mateu Lahoz will officiate Real Madrid CF and FC Barcelona in what will be his first cup final.

He will be joined by Carlos Clos Gómez, as fourth official, and Pau Cebrián Devís, (Comité Valenciano) and Raúl Cabañero Martínez (Comité Murciano), as assistant referees. Teodoro Sobrino Magán will be the fifth official for the clash.