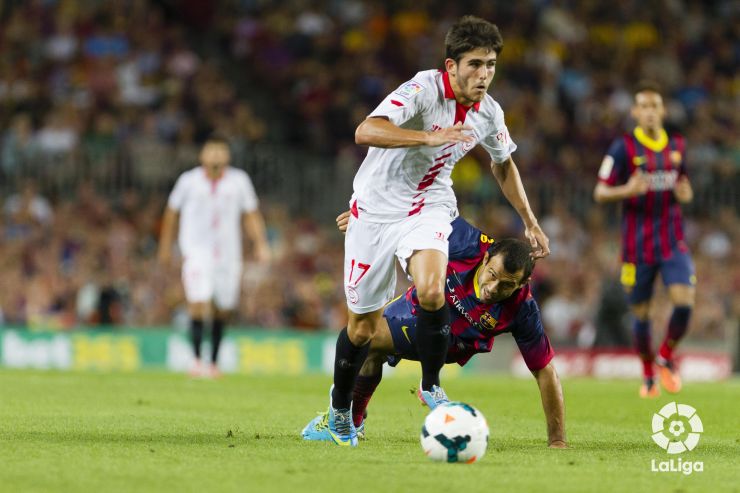 Mascherano out for between 10 and 15 days

The player will miss the games against Almería, Valladolid and Celtic due to a muscle injury

The medical tests carried out on the player after the 4-1 win over Real Sociedad confirmed that FC Barcelona’s number 14 is carrying an injury. As was suspected with the initial diagnosis, Javier Mascherano suffered a hamstring strain in his right leg that will keep him out of action for between 10 to 15 days.

At the start of the match the central midfield player collided with Sergio Busquets, taking a hard knock to his thigh accidentally. The Argentinean attempted to play on, but after half an hour had to be replaced by Marc Bartra. If he’s out for the full 15 days, Mascherano will miss the next three games for Tato Martino’s side against UD Almería (28th of September) and Real Valladolid (5th of October) in Liga BBVA, and the UEFA Champions League tie away to Celtic FC (1st October).

The injury to Mascherano coincides with the return to fitness of Carles Puyol, with the Spain international believed to be close to making a playing comeback. Jordi Alba, meanwhile, continues his recovery from torn fibres in his right hamstring.