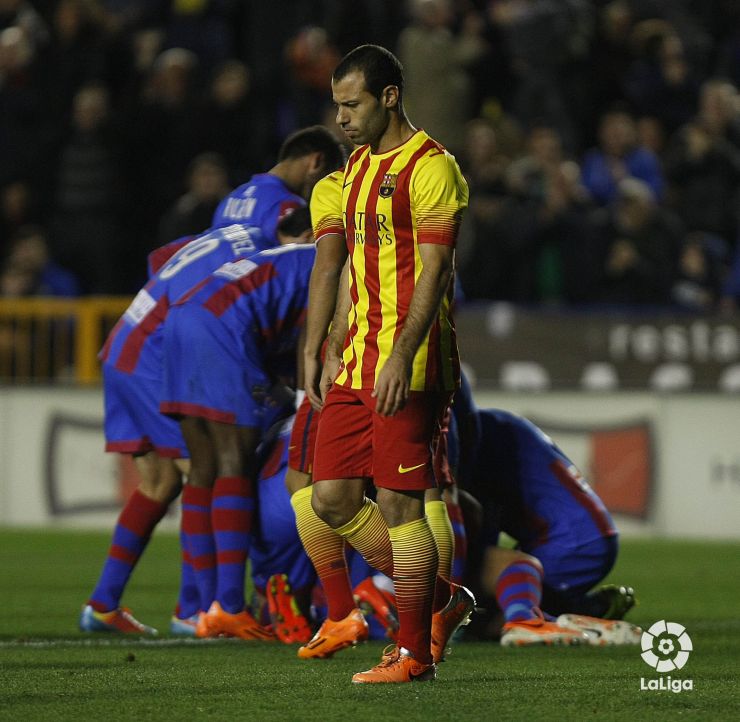 The Argentine player has reached an agreement with Barcelona to continue at the Catalan club for four more seasons.

FC Barcelona player Javier Mascherano has reached an agreement with the Catalan club to renew his contract until June 2018. The versatile Argentine midfielder will have a buyout clause of 100 million euros.

Following the arrival of Luis Enrique in the Barça dugout, the club has started to build its squad for the 2014/15 season. To date Mascherano has played a total of 184 matches with the number 14 on his back, though his ability to play in various positions has seen him take to the pitch both in midfield, his most natural position, and in defence.