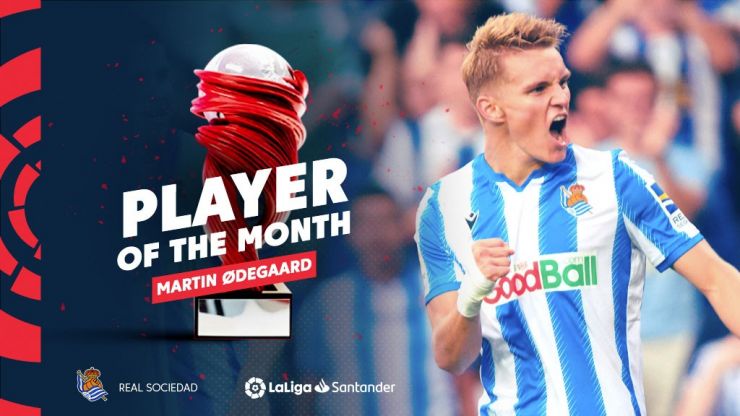 Martin Ødegaard, September Player of the Month in LaLiga Santander

The Real Sociedad playmaker wins the award following an highly impressive start to the season, and a month in which he scored once and also assisted once for the Txuri-Urdin.

Real Sociedad midfielder Martin Ødegaard has been named as September Player of the Month in LaLiga Santander 2019/20. The Norwegian becomes the first player to scoop the prize this season. La Real have enjoyed a fine start to the campaign, and Ødegaard has been a central figure with a string of eye-catching performances.

The Txuri-Urdin won 3 of their 4 matches across the month, with Ødegaard on target in their triumph over Atletico Madrid and also assisting a fine goal against D. Alaves. His vision, dribbling skills and talent on the ball have seen him win the hearts of fans of the side from San Sebastian.

Ødegaard will receive the award in front of fans at the Reale Arena before the match between Real Sociedad and Getafe, which takes place this Sunday 6th October at 18:30 CET.