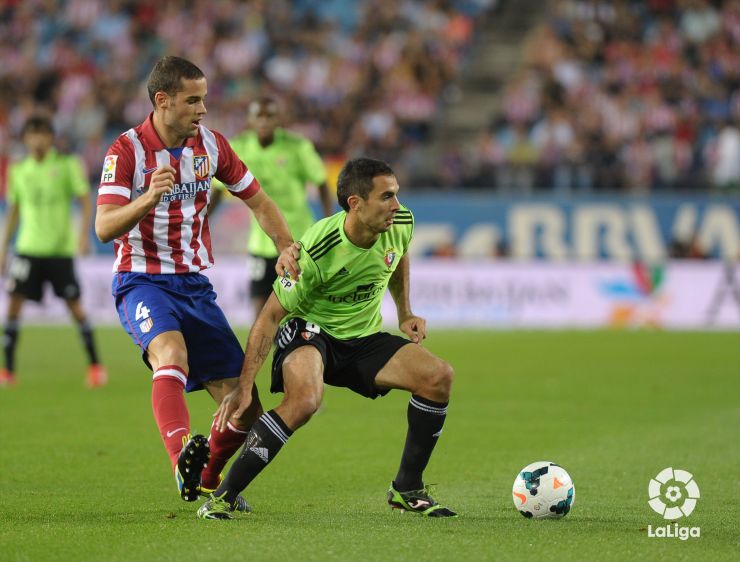 Mario Suárez, from Club Atlético de Madrid, was unable to finish the Liga BBVA match against CA Osasuna after receiving a knock to his knee on the verge of half-time and having to be substituted. A scan showed that the Atlético player had sprained the medial collateral ligament in his right knee.

The international midfielder's availability for Saturday's derby against Real Madrid CF (22:00) is not guaranteed. Atlético's medical services will be monitoring his condition until he recovers.