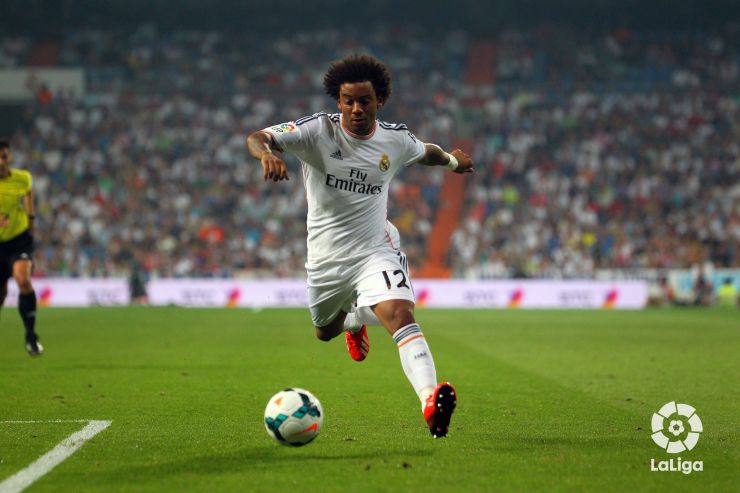 Marcelo out for Real Madrid

The Brazilian fullback has an injured knee, and will miss out against Real Sociedad.

Real Madrid CF's left back Marcelo Vieira will miss his side's next encounter against Real Sociedad de Fútbol due to a knee injury, according to the club's medical staff following the relevant tests.

The Brazilian, who is currently in his eighth season at the Bernabéu, has started eight times for Carlo Ancelotti's side, who currently sit third in Liga BBVA, behind FC Barcelona and Club Atlético de Madrid.