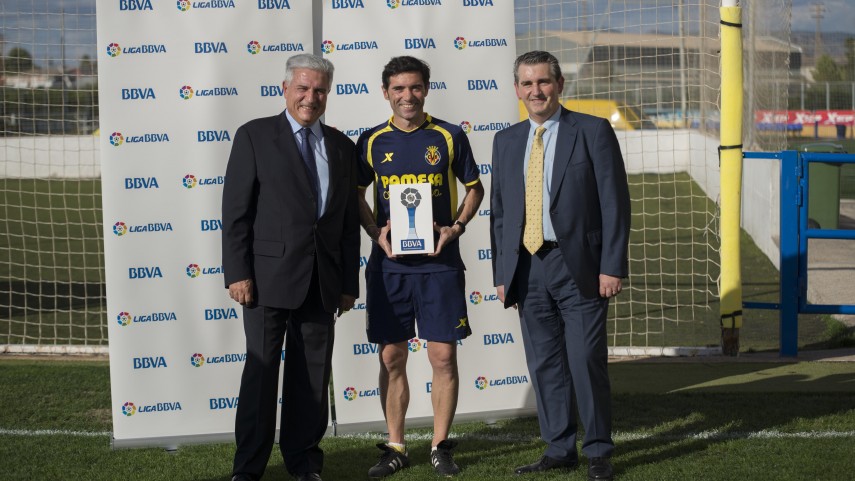 The Villarreal manager has received the Premio BBVA for September's manager of the month.

Marcelino García Toral received the Liga BBVA award for September's manager of the month from the hands of Juan José Escrivá, BBVA's director for the Castellón area.

"I am very happy and I would like to include my colleagues and players in this award. These types of prizes are not possible without the people around you. Thank you so much to the people who decided that I was the best manager in September", said the team's coach after accepting the award.

The manager from Asturias took the reins of Villarreal CF in January 2013 and his work with the Yellows could not have been more satisfactory. In September he achieved two victories, two draws and two defeats, outstanding statistics for a rookie team.

Having won promotion to the Liga BBVA, Marcelino has taken Villarreal to an astounding fourth position in the championship thanks to the team's great results. So far, the Yellows have recorded five victories, two draws and two defeats, scoring 15 goals and conceding nine.