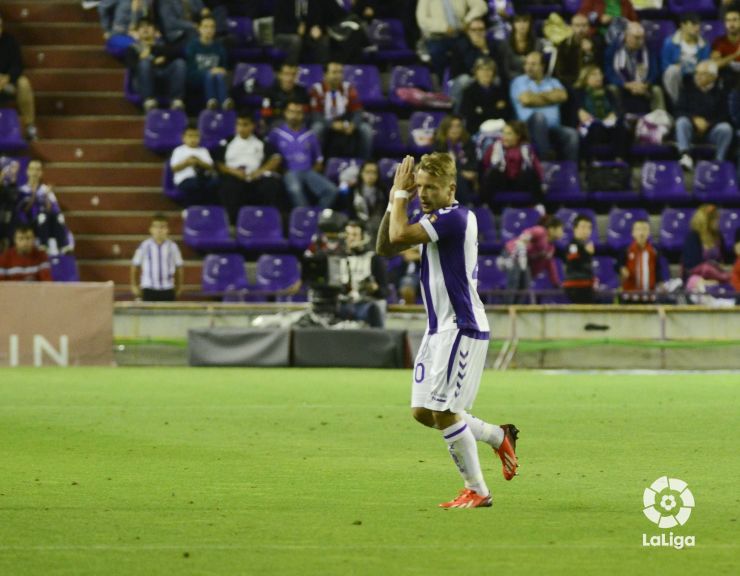 Two goals in two minutes was enough for Valladolid to snatch a draw against the side from Andalusia, who are yet to win away from home

Real Valladolid CF rescued a draw in the closing stages against Sevilla FC, coming back from two goals down. Strikes from Manucho and Patrick Ebert in the last ten minutes sealed the 2-2 draw, securing a home point for the home side in the ninth round of Liga BBVA matches.

Fans hadn’t finished taking their seats at the José Zorrilla Stadium when Colombian forward Carlos Bacca put Sevilla ahead from close range. After the their goal, Unai Emery’s men took control of the game, and after half an hour doubled their advantage through Alberto Moreno, whose left footed shot left Diego Mariño with no chance.

Ten minutes from the end, the home side clawed their way back into the contest with two goals in as many minutes. Manucho scored with a header before Patrick Ebert levelled up proceedings with a free kick. The draw means that the side from Andalusia have not won away from home for 391 days.