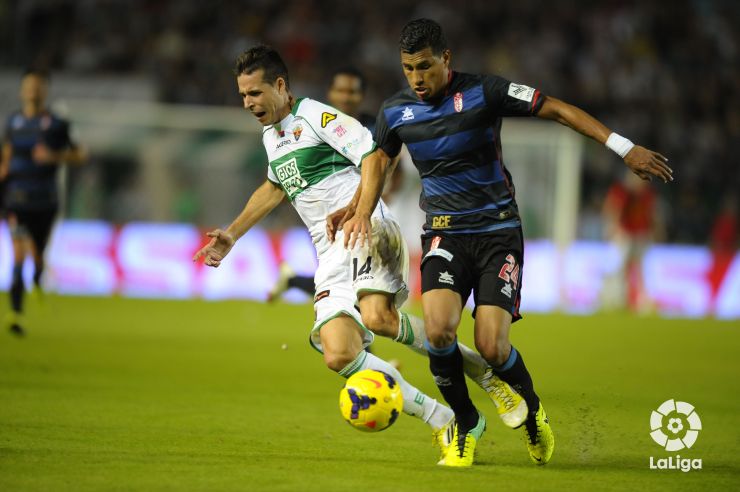 After undergoing a medical examination on Tuesday morning it has been revealed that the Elche player has broken a bone in his right foot.

There was bad news for Elche CF's Manu del Moral during Monday night's clash against Villarreal in the Martínez Valero Stadium in what was the team's twelfth Liga BBVA match of the season. The striker FC went down injured in the 79th minute and needed to be substituted forRichmond Boakye.

Medical examinations have revealed that the on loan Sevilla FC player has broken a bone in his right foot,which will keep him sidelinedfor six weeks. Del Moralhas played in twelve matches this season, starting nine of them, and has scored one goal.