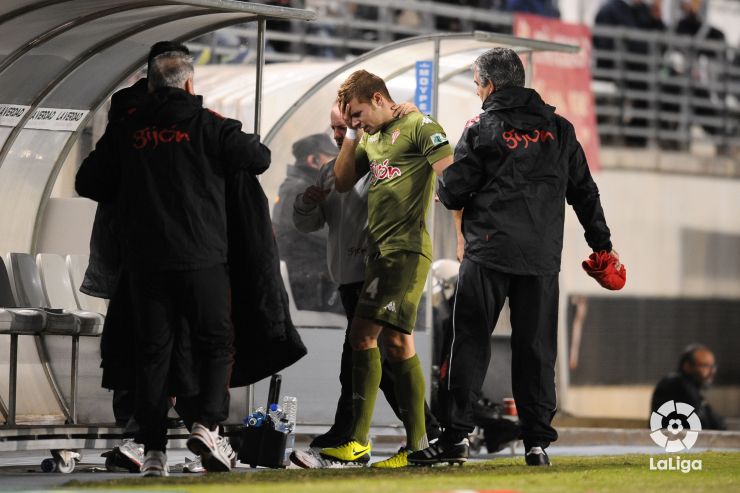 Mandi out for Lugo

The Sporting playing will miss the next match after picking up an eye injury in Saturday's match against Murcia.

Real Sporting de Gijón defender Mandi will miss this Sunday's match against CD Lugo on matchday 15 of the Liga Adelante.

The Canary Islander will not be in the Estadio Ángel Carro due to a "subconjunctival hemorrhage with macular edema in his right eye", according to a statement on the Asturian club's official website. Sporting also stated that the 24-year-old player will undergo further tests on the eye to determine the likely date of his return to training and competition.

Mandi picked up the injury during last Saturday's match against Real Murcia CF, when a clash with a member of the opposition forced his substitution after 57 minutes. So far, the player from Las Palmas has played 13 Liga Adelante matches for Sporting, making a total of 1,134 minutes, during which he has scored one goal.