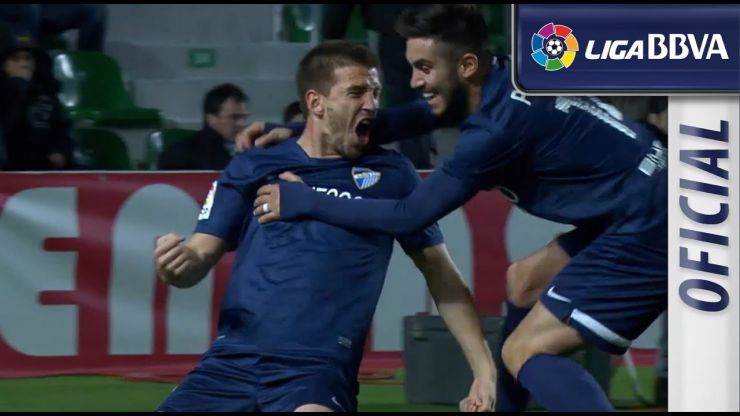 Málaga's first win on the road

Bernd Schuster's side beat Elche 1-0 thanks to a Camacho goal in the sixth minute.

Málaga beat Elche 1-0 in the inaugural game of the Liga BBVA matchday 17. Thanks to a Ignacio Camacho goal, the Andalusian side closed out 2013 with its first away win of the season. Elche, meanwhile, was unable to prevent a third successive defeat.

Bernd Schuster's men got the match off to a dream start when, with just six minutes on the clock, Ignacio Camacho opened the scoring with a superb header from a Duda free kick. Far from shrinking into themselves though, Elche seemed to spark into life after going behind and persistently looked to get back into the game. A great stop by Willy Caballero in the 36th minute from a Ferrán Corominas 'Coro' shot meant the home side went into the break still trailing.

Damián Suárez picked up his second yellow in the 60th minute, which effectively wrapped things up for Málaga, even though the visitors had been under the cosh from the constant waves of Elche attack up until that moment. With the numerical advantage, the Blue and Whites finished the game by taking three valuable points away from the Martínez Valero.