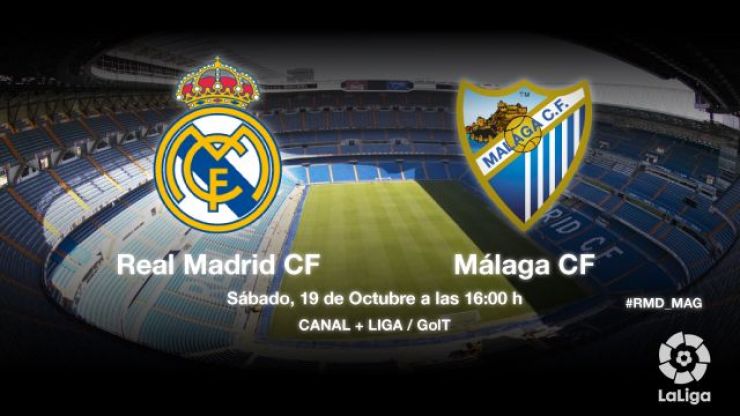 Málaga to challenge at the Santiago Bernabéu

Real Madrid take on the Andalusian outfit, who have never won at their stadium in Liga BBVA, in an encounter that neither side will want to lose.

On Saturday Real Madrid CF take on Málaga CF at the Santiago Bernabéu, in a game which the home side will want to win in order to cut the distance between themselves and the league leaders, whilst the visitors will look to end their mini-blip of two games without a win and continue to climb up the table.

Málaga have never won at the Santiago Bernabéu in Liga BBVA, but Madrid manager Carlo Ancelotti is not resting on his laurels, and is making sure that his players are in the right frame of mind for the game, despite the fact the side face more crucial matches over the next seven days.

"It's a very important week with important matches. The team is good mentally and ready to try and win. There won't be any distractions", said Ancelotti.

The manager said that in addition to Xabi Alonso's injury, Raphaël Varane won't be ready to face Málaga after returning from international duty injured. He also confirmed that Asier Illarramendi, Sami Khedira and Isco will start in the middle of the park.

Málaga player Francisco Portillo, who made his debut for the side from Andalusia at the Bernabéu in 2010, said "we're coming into the game strong after the international break, and what better place to come back than at the Bernabéu. We're only thinking about securing a positive result".