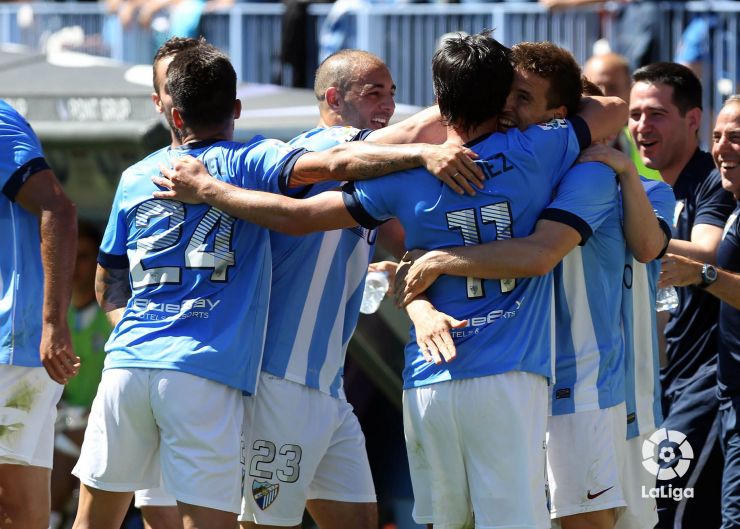 Two goals from Camacho and another two from Amrabat and Juanmi gave the home team a victory that moves them towards safety. El Arabi found the net for Granada.

La Rosaleda enjoyed a morning of sunshine and goals as Málaga CF beat Granada CF 4-1 on matchday 32 of the Liga BBVA. The result means that the blanquiazules have now recorded two wins on the trot and are heading towards safety while Lucas Alcaraz's men have not won in three games.

Ignacio Camacho gave his side a two-goal lead with two headers in the first half of an end-to-end game that offered up chances for both teams. The rojiblancos could have cut the deficit before the break when the referee pointed to the spot, but Willy Caballero saved his side again by seeing off Youseff El Arabi's penalty.

After the restart, the referee awarded another penalty, this time Bernd Schuster's side. Nourredine Amrabat duly converted Granada's third goal to all but wrap up the match, leaving Granada with little hope. Juanmi Jiménez joined the home team's goal-fest and, towards the end of the game, El Arabi scored a consolation goal to make it 4-1. It was an important victory that leaves Málaga with 38 points and very close to salvation.