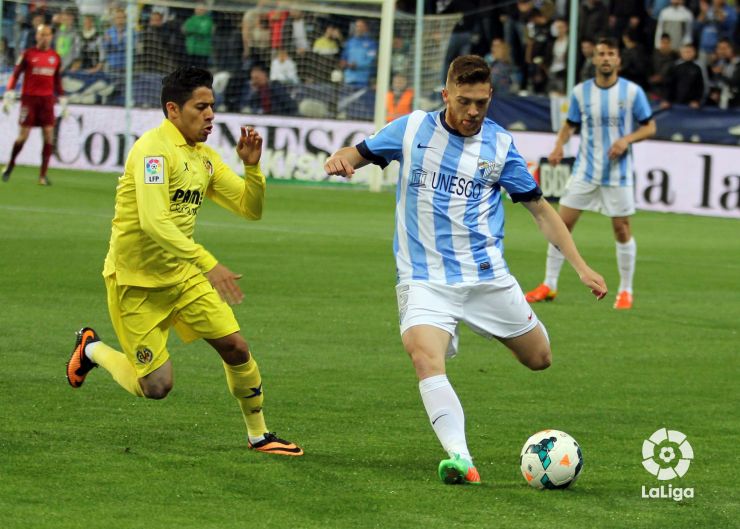 A great performance from the Andalusians provided a morale boost as they were able to see off the Yellows.

The three points stayed in La Rosaleda on matchday 34 of the Liga BBVA after Málaga CF's 2-0 win over a Villarreal, who have been struggling for consistency in recent matches.

The dominance of Bernd Schuster’s men was clear from the first minute of the match. A daring and compact Málaga did not take long to strike and take the lead and a step towards peace of mind in the championship. In the sixth minute Roque Santa Cruz received a delightful ball and his clinical finish showed his team the way.

Villarreal were hurt by the goal and had to wait until the second half until they managed to ask any questions of Willy Caballero. Óliver Torres and Giovani dos Santos came on to breathe new life into the side, but it was the Andalusians once more who bombarded Sergio Asenjo, and Sergi Darder eventually managed to put one past him. The victory is huge for the Andalusians while it leaves Villarreal with their heads down and having to fight for a European spot once more.