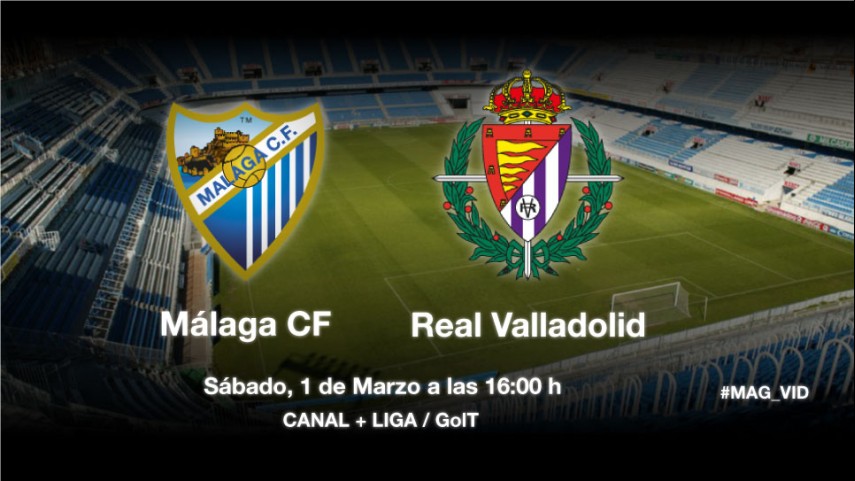 Málaga and Valladolid eye up salvation

Both teams will give their all for three points in La Rosaleda in their bids to move away from the relegation zone.

Málaga CF will host Real Valladolid CF on matchday 26 of the Liga BBVA. The home side are three points above the team from Castile and Leon, who will be hoping to draw level with their opponent for a chance to leave the relegation zone.

To do so, Juan Ignacio Martínez has Óscar back after a month on the sidelines, while the injured Jeffrén Suárez and Heinz will be watching from the stands along with Lluís Sastre and Víctor Pérez, who will miss the game for technical reasons. The coach from Alicante highlighted that the team's "desire" for victory: "We will have to be mentally strong in this game, the ninety minutes will be very long. The match starts for us as soon as we get on the train to Malaga".

Bernd Schuster is also aware of the importance of the match. "We cannot afford to lose because we are at home and they are a close rival", stated the German manager. It promises to be a very tight clash, in which Weligton, Eliseu and Pedro Morales will take no part. On the other hand, Francisco Portillo and Flávio Nunes are back in the fold.