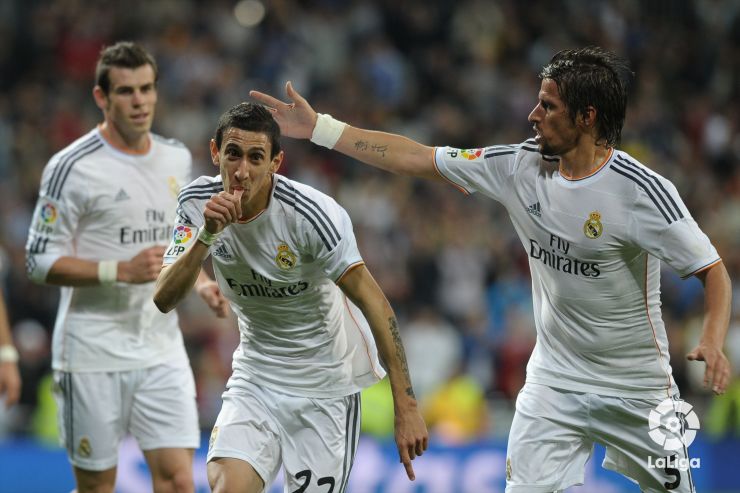 The Whites beat Almería 4-0, making the most of Barcelona’s defeat to Granada to move in on the leader of the competition in the closing stretch of the Liga BBVA.

Real Madrid took to the turf of the Santiago Bernabéu with a chance to take ownership of second place in the table after the defeat of FC Barcelona in Granada (1-0). Di María was the Whites’ best player. The Argentinian put in an inspired performance and opened the scoring before the half-hour mark with a shot from inside the box. Before the break, Di María again and Gareth Bale had chances to extend the lead but they were unable to beat Esteban.

The break did little to change the dynamic of the game and Real Madrid put the match to bed with two more goals in the space of three minutes. Bale, who was very lively in the first half, scored his 14th goal in this Liga BBVA season before Isco extinguished any hope the Andalusians may have had left. Before the end, Morata rounded things off by lobbing Esteban for Madrid’s fourth.