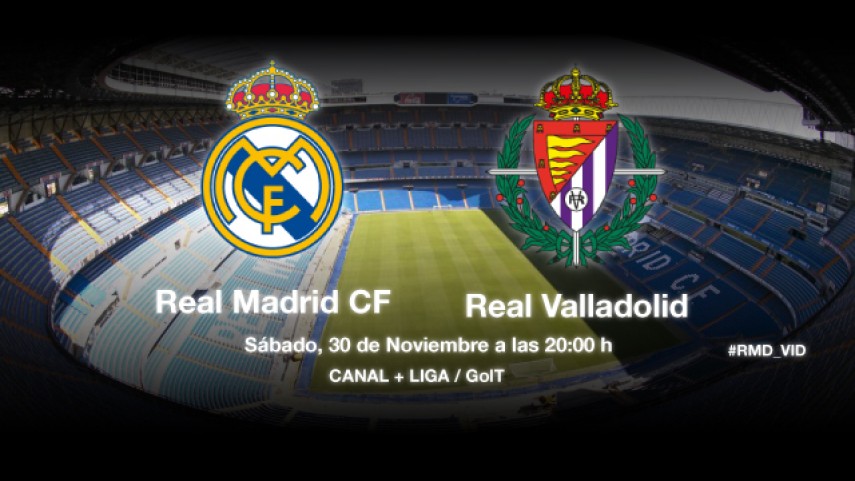 The Whites hope to build on their recent success while Valladolid are in need of the three points in order to escape the relegation zone.

Real Madrid CF host Real Valladolid CF on matchday 15 of the Liga BBVA. The home team will be looking for three points in order to reduce the gap that separates them from FC Barcelona and Club Atlético de Madrid, while the visitors will be trying to cause an upset and end their run of four matches without a win.

The side from Madrid have scored ten goals in their last two matches and will be confident of recording another victory. "When you are on form like we are, losing a game can complicate things. We need concentration and a good attitude to avoid problems", said Real Madrid's manager, Carlo Ancelotti, who confirmed that Cristiano Ronaldo will not be in the squad.

For their part, the team from Valladolid, who want to make history by finding their fourth win in the Bernabéu, are well aware of the quality of their opponent but they have not ruled out an upset. "We have to make the most of the few opportunities that come our way and be on our game defensively", recognised the Valladolid coach, Juan Ignacio Martínez.