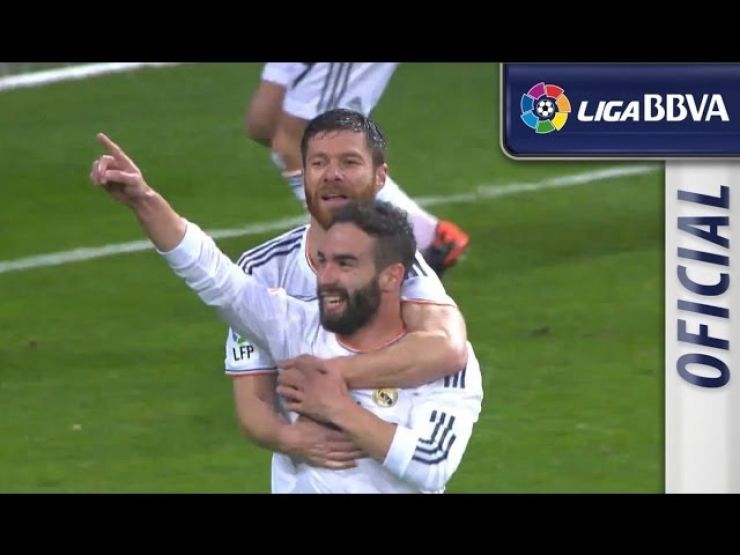 Madrid get the job done against Rayo

The Whites remain in the title hunt following a heavy win at home to the Vallecas side that played with bravery, but were undone in the second half.

Knowing that their direct rivals had won, Real Madrid CF had little option but to win at home to Rayo Vallecano in the 31st round of Liga BBVA. And they did just that. They did so against a brave Rayo side loyal to their style, recording a 5-0 triumph.

Carlo Ancelotti’s men opened the scoring through Cristiano Ronaldo after 15 minutes. The visitors fought bravely and didn't disappoint. They went onto the pitch strongly and tried to created opportunities. They took advantage of the space given to them by Real Madrid, but they couldn’t take advantage.

After the break, Dani Carvajal scored to double the host’s advantage. Rayo were slow to react and they were made to pay by the electricity and physical power of Gareth Bale, who put the game beyond doubt with two goals in as many minutes. Álvaro Morata scored the fifth shortly after coming on as a substitute.

The result doesn't allow Paco Jémez's side to rest easy away from the drop zone, but does let Real Madrid keep up their title aspirations. They are now two point behind FC Barcelona and three behind Club Atlético de Madrid.