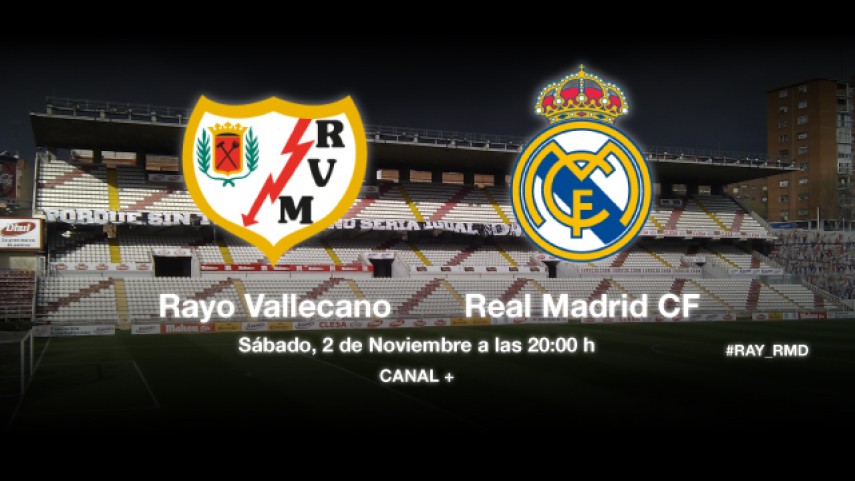 Madrid faces the pride of Rayo

The side coached by Carlo Ancelotti visits Vallecas on the twelfth matchday of the Liga BBVA to measure up against a Rayo in need of victories.

Real Madrid CF and Rayo Vallecano will meet on matchday twelve of the Liga BBVA in a match in which the Franjirojos need a good result to escape the depths of the table.

The home team, coached by Paco Jémez, will have to do without Nery Castillo, Seba Fernández, Zé Castro, Leonel Galeano and José Carlos for the clash, all of whom are injured. "For us it is a pleasure, it will be a challenge and an opportunity to improve. Even if our results are not what we had hoped for, we trust this team", stated the Andalusian manager before the match.

For their part, the Whites come into the match with all of Carlo Ancelotti's stars able and willing after the team's 7-3 victory over Sevilla FC on Wednesday. The Italian manager announced several changes to the starting eleven for their visit to Vallecas. "I am going to rotate the squad. We have to play with intensity and so some of the players who did not feature against Sevilla will play", he declared.