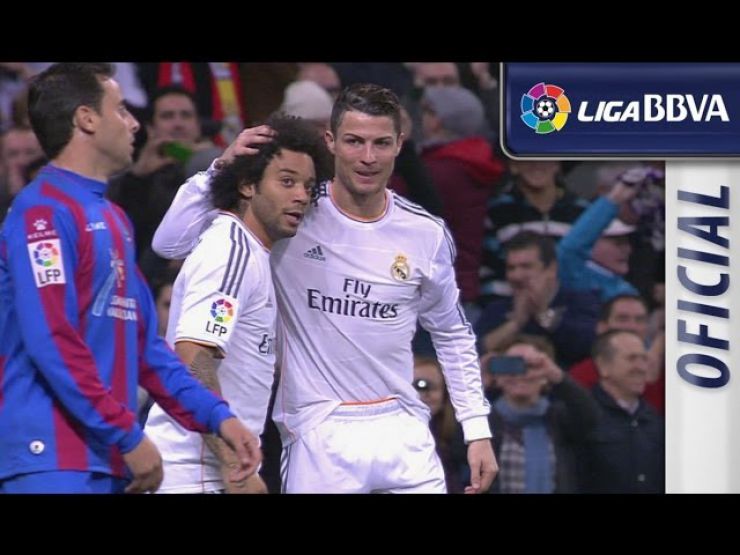 Real Madrid CF did what they needed to in round 27 of Liga BBVA, defeating Levante UD 3-0 as they climbed back to the top of the table, putting distance between themselves and title rivals Club Atlético de Madrid and FC Barcelona.

The first half was dominated by the home side, who amongst their starters had Cristiano Ronaldo. It was the  Portugal forward who opened the scoring after 11 minutes with a terrific header from an Ángel Di María cross. With half time on the horizon, Keylor Navas produced a top save from Karim Benzema to keep his side in the tie.

Only two minutes had passed in the second half when Marcelo scored the second and this harmed the visitor’s chances of increasing their run of eight games without defeat in Liga BBVA. Nikos Karampelas, towards the end of the game, scored an own goal to seal The Whites’ victory. With this win Real Madrid are now 17 games unbeaten in Liga BBVA.