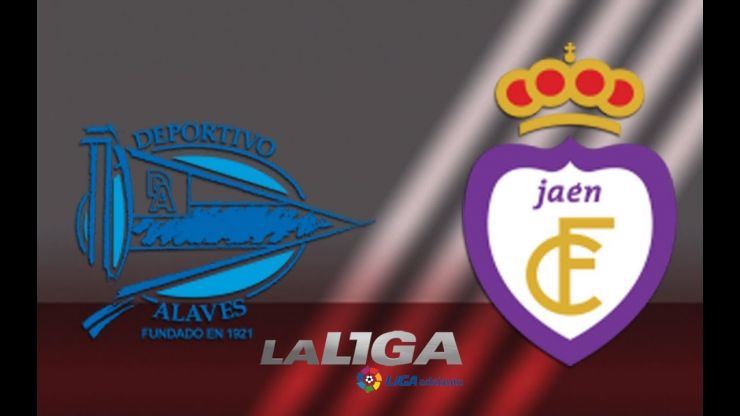 Machado scores the decider in the Mendizorroza

A goal from the Andalusian captain on the final whistle gave Jaén three points on their visit to Alavés in the Liga Adelante.

Real Jaén CF picked up an important victory in the Estadio de Mendizorroza on matchday 21 of the Liga Adelante in a match packed with excitement, pace and energy. Fran Machado scored the decider in the dying breaths.

It was end to end stuff in the first half between the Basques and the Andalusians in the Mendizorroza. The home side, with the home fans behind them, were looking for a win at home and they came flying out of the blocks in search of it. For their part, Jaén were hoping to take the three points in order to move away from the bottom of the table.

The half-time break did nothing to slow the pace of the game and the second half was spectacular. Ion Vélez sprung up on the hour mark to give Alavés the advantage, but one minute later it was Jona Mejía who levelled the match after controlling a ball in the area. Just when it looked like the game was destined to be drawn, a Machado run down the right wing resulted in a goal that gave Jaén victory.