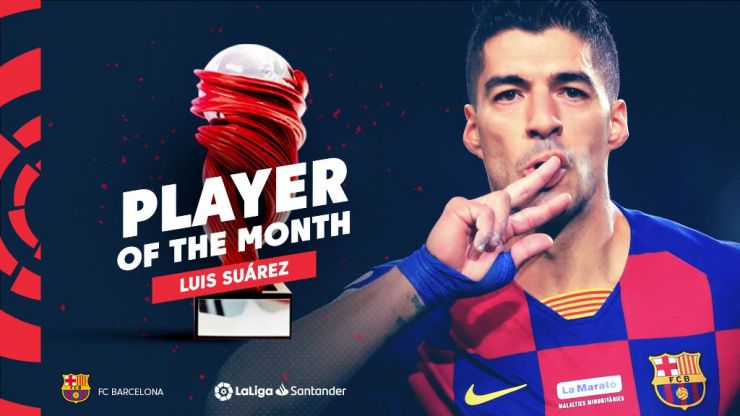 The Barcelona hitman scoops the accolade on the back of a stellar month in which he plundered three goals and provided six assists.

FC Barcelona's Luis Suarez has been crowned as the LaLiga Santander Player of the Month for December. The Uruguayan striker sparkled in the final month of the year, both in front of goal and in the assists stakes.

The frontman got December up and running by providing the assist for Lionel Messi to slot home the Azulgranas' winner in the 1-0 away triumph over Atletico Madrid. In his next outing, Suarez got his name on the scoresheet and claimed an assist as Barça ran out 5-2 winners over RCD Mallorca. He repeated the feat in the stalemate against Real Sociedad, before rounding the month off with a goal and a further three assists in the 4-1 rout of D. Alaves. Over the course of the month, the striker netted three goals and teed up his teammates on six occasions.

Suarez will collect the award in front of the Camp Nou faithful, before his side's match against Granada CF on 19 January (21:00 CET kick-off).