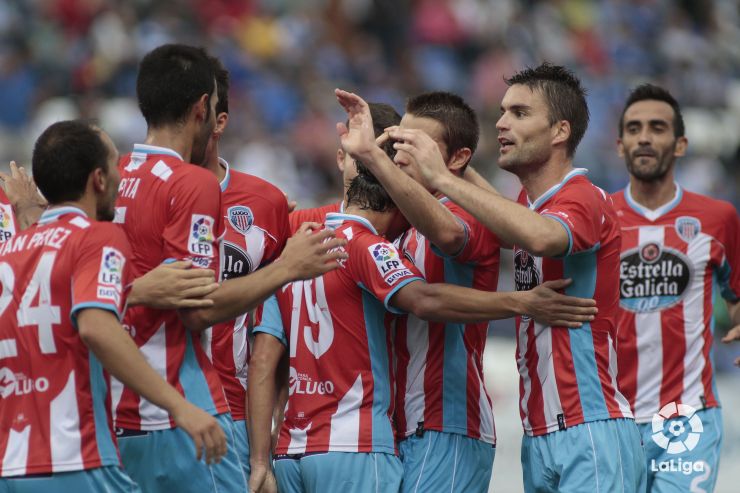 Quique Setién's side won 0-2 at Ponferradina to make it six games without defeat.

CD Lugo beat SD Ponferradina 0-2 at the Estadio Municipal El Toralín; becoming the only the second side after CF Tenerife to take the points there. Quique Setién's men now are six games without defeat.

The first half was even in all aspects. Ponferradina came up against a Lugo side with a game plan. The Galician’s were sturdy in defence whilst always looking to test out Roberto Santamaría in the home side's goal. The clearest opportunity of the half fell to Iván Pérez, who forced Santamaría into a top save. 'Fofo' and 'Yuri' probed for the home side however they could not penetrate.

After the break, the match was end to end. Lugo took the lead from a Pablo Sánchez header, after Iván Pérez supplied a delicious cross. The minutes passed but the match did not lose any of its intensity. At the end, Ponferradina tried but were unable to gain the equaliser, and it was Lugo who scored again to secure all three points.