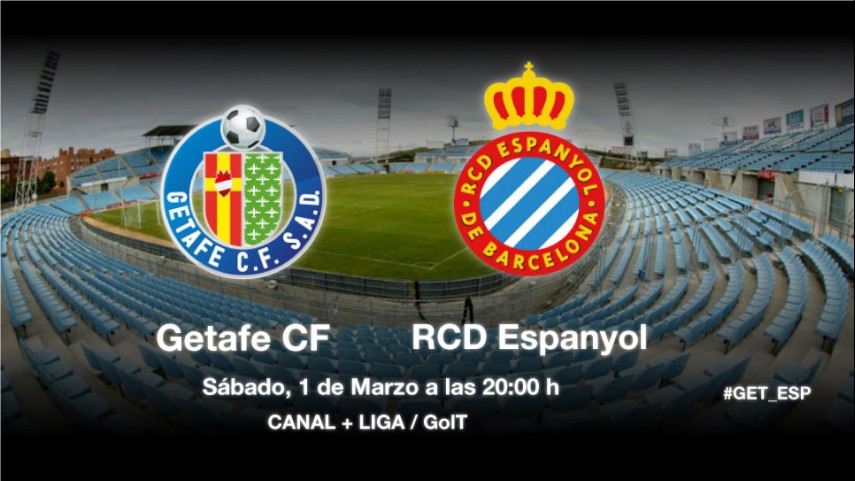 Looking to turn the tables on a dangerous opponent

Getafe, who have strung together ten consecutive Liga BBVA matches without a win, are looking to break the spell against an Espanyol who want to close in on the European spots.

The Madrid side, which last won ten matches ago, will be trying to escape its rut against an opponent it has not beaten at home in its last seven attempts. "It is a vital match for turning things around. Last match we started to play a little better. Espanyol is a very hard-working and tough team with a lot of quality up front", said Getafe manager Luis García, who will be without the suspended Lisandro López and the injured Pedro Mosquera.

For their part, Espanyol, despite losing last Monday to Villarreal CF, travel to the south of Madrid with hopes of taking a step closing to the European spots. "We expect a difficult game against Getafe. Hopefully we can take advantage of their situation and they will make mistakes", highlighted Espanyol's assistant coach, Alfredo Tena. The Uruguayan Christian Stuani and the Mexican Héctor Moreno will miss the match for their accumulated yellows.