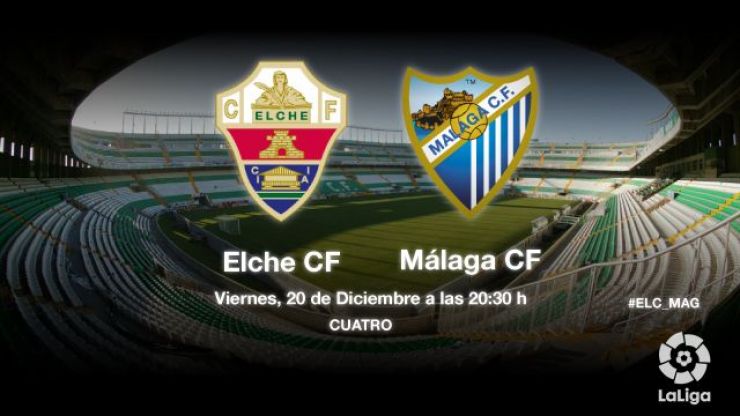 Looking for peace of mind in the Martínez Valero

Both Elche and Málaga will be bidding to see the year out with a victory that will allow them to establish themselves outside of the danger zone.

Elche CF host Málaga CF on matchday seventeen of the Liga BBVA. With 17 points so far this season, both teams will be looking for the peace of mind offered by the middle of the table.

Elche have now recorded two consecutive defeats and will therefore be hoping to close the year with a victory, which Fran Escribá was happy to admit. "Winning is important because it would mean going into the Christmas break feeling good and with a significant number of points", stated the coach. To do so, the Valencian will have David Lombán back, while Manu del Moral, who still has a foot ailment, will be unavailable for selection.

For their part, the Andalusian side, who are out of the Copa del Rey just like their opponents, will be looking for their first win on the road in the Liga BBVA. "We can have a good finish to the year, but we have to play well in order to win away from home" said the team's coach, Bernd Schuster. Eliseu Pereira will miss what is sure to be an intense clash due to suspension, while Ignacio Camacho returns to the fold.