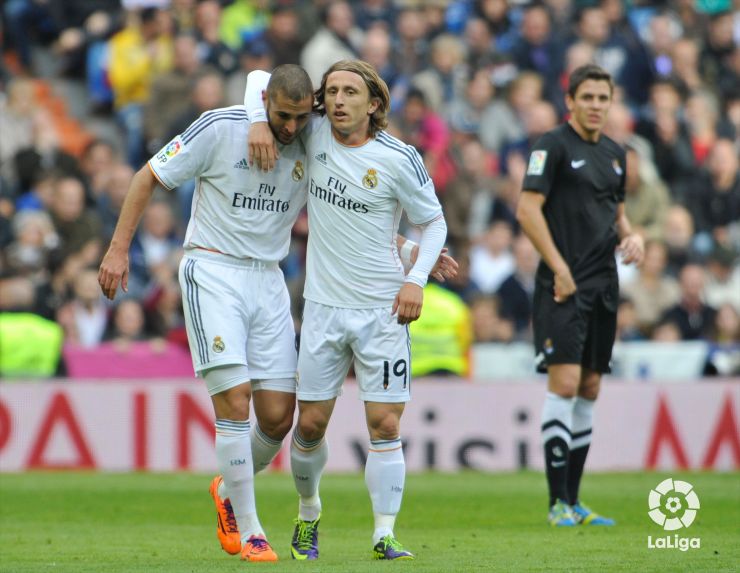 Many players who will be at Brazil 2014 will meet this weekend in the 16th round of Liga BBVA fixtures.

Once the group phase for the World Cup 2014 was completed, attention immediately turned to the 12th of June, when the tournament gets underway as hosts Brazil take on Croatia. Liga BBVA will be present at the competition, which is the pinnacle of world football, but before then many players from all over the world will meet in the 16th round of Liga BBVA this weekend.

This is the case of defender Marcelo Vieira and central midfielder Luka Modrić of Brazil and Croatia respectively, who before their Group A ties against Cameroon will face Raoul Loé on Saturday as Real Madrid CF take on CA Osasuna.

The tie between Greek Loukas Vyntra and Colombia’s Carlos Sánchez will also be interesting. The Levante UD centre back and the Elche CF central midfielder will play in a Valencian derby this weekend before meeting in Brazil.

More players who will be there next summer will meet this weekend as FC Barcelona take on Villarreal CF. Neymar, of host nation Brazil, will face Mexico’s Giovani dos Santos and Javier Aquino at the tournament. The Yellow’s central midfielders will also come up against Alex Song’s Cameroon in the group phase. Also, another of the weekend’s interesting match ups pits Argentinean defender Javier Mascherano against Nigerian forward Ikechukwu Uche.

In the match between Club Atlético de Madrid and Valencia CF there will be three players who will be lining up in the Belgium vs. Algeria match. Goalkeeper Thibaut Courtois and defender Toby Alderweireld will be charged with stopping one of the African side’s key men in Sofiane Feghouli. The match at the Vicente Calderón also sees Brazilian defenders João Miranda and Filipe Luis cross paths with Mexican fullback Andrés Guardado.

Finally, Iñigo Martínez, if selected in Vicente del Bosque’s final 23, and Chile’s Lorenzo Reyes, should manager Jorge Sampaoli decide to pick him, will not only face each other in the clash between Real Sociedad de Fútbol and Real Betis Balompié this weekend, they will also be fighting it out for top spot in Group B at the World Cup in Brazil.