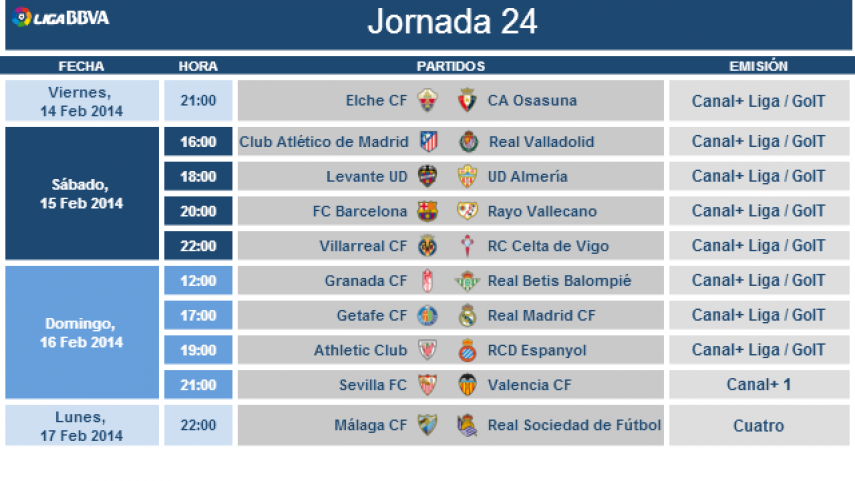 The matchday will start with the tie between Elche and Osasuna on Friday the 14th of February, and will conclude when Málaga take on Real Sociedad on Monday the 17th.

The kick off times for the 24th round of Liga BBVA matches has been announced, and will take place between the 14th and 17th of February. The matchday will open with the clash between Elche CF and CA Osasuna on Friday the 14th of February, whilst there will be four games on Saturday the 15th. The Sunday sees four more ties, including a Madrid derby between Getafe CF and Real Madrid CF, whilst Sevilla FC host Valencia CF.

The round of matches will finish on Monday the 17th of February as Real Sociedad de Fútbol travel to La Rosaleda to take on Málaga CF.