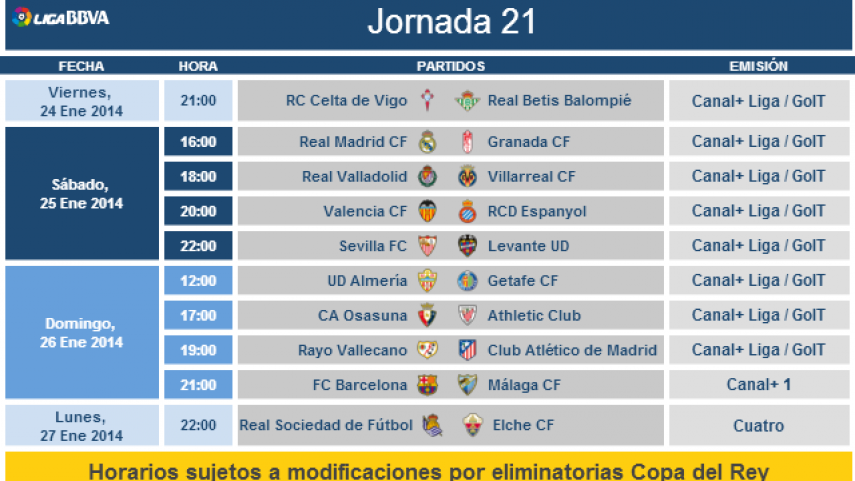 The 21st round of matches will be played between Friday the 24th and Monday the 27th of January, and will kick off with the game between Celta and Barcelona at 21:00.

The kick off times for the 21st round of Liga BBVA fixtures have been announced, and will take place between Friday the 24th and Monday the 27th of January. It will kick off with the game between Celta and Barcelona at 21:00 on the Friday. Other matches that stand out include CA Osasuna v Athletic Club, and the Madrid derby between Rayo Vallecano de Madrid and Club Atlético de Madrid on Sunday the 26th at 17:00 and 19:00 respectively.

The 21st round of games will finish with the tie between and Real Sociedad de Fútbol and Elche CF on the Monday at 22:00.