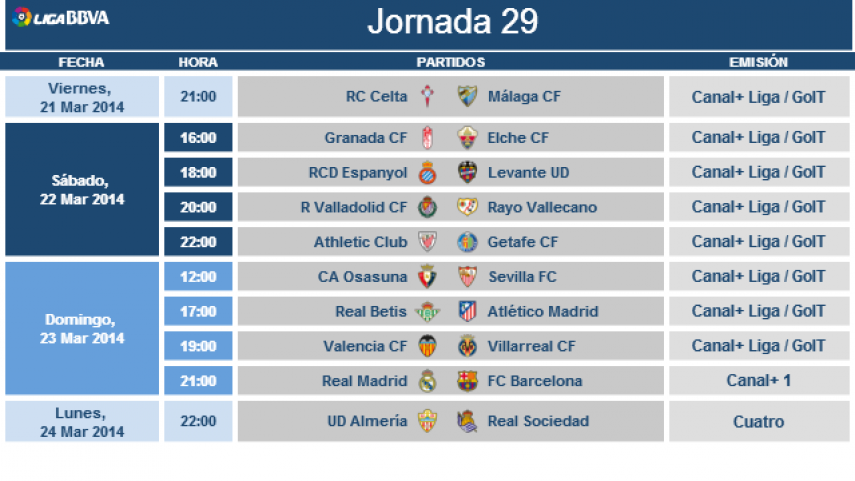 The standout fixture during matchday 29, which kicks off on Friday the 21st of March with Celta taking on Málaga, sees Real Madrid go head-to-head with Barcelona on Sunday the 23rd at 21:00.

The schedule for matchday 29 of the Liga BBVA season has been announced, and includes the highly anticipated clash between Real Madrid and Barcelona on Sunday the 23rd of March at 21:00. The weekend’s action will kick off on Friday the 21st with Celta Vigo taking on Málaga and finishes on Monday night with Almería playing hosts to Real Sociedad.

This matchday will also include other exciting fixtures such as Valencia vs. Villarreal on Sunday at 19:00. As well as that, on Saturday Espanyol will play at home to Levante, one of the most in form sides at the moment, while Real Betis will take on Atlético Madrid, one of the title contenders.