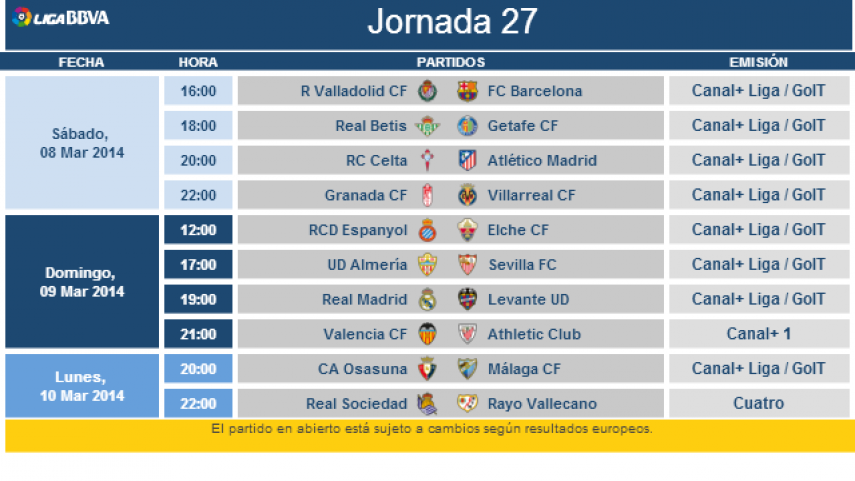 The matchday will start with the Valladolid - Barcelona match on the 8th of March at 16:00 and it ends on Monday the 10th of March.

The schedule for the 27th matchday of the Liga BBVA , which is due to take place between Saturday the 8th and Monday the 10th of March, has been announced.

The weekend will open with a clash between Real Valladolid and FC Barcelona on Saturday at 16:00. The same day will also see Real Celta de Vigo - Club Atlético de Madrid at 20:00 and Villarreal CF's visit to Granada CF at 22:00 in the Nuevo Los Cármenes.
On the Sunday at 12:00 RCD Espanyol will meet Elche CF, while Real Madrid CF will measure up against Levante UD in the 19:00 game. At 21:00 the final match of the day will take place between Valencia CF and Athletic Club.

Monday will end the weekend's play with the match between Real Sociedad and Rayo Vallecano in the Anoeta. Kick-off for this match is subject to change depending on the European results.