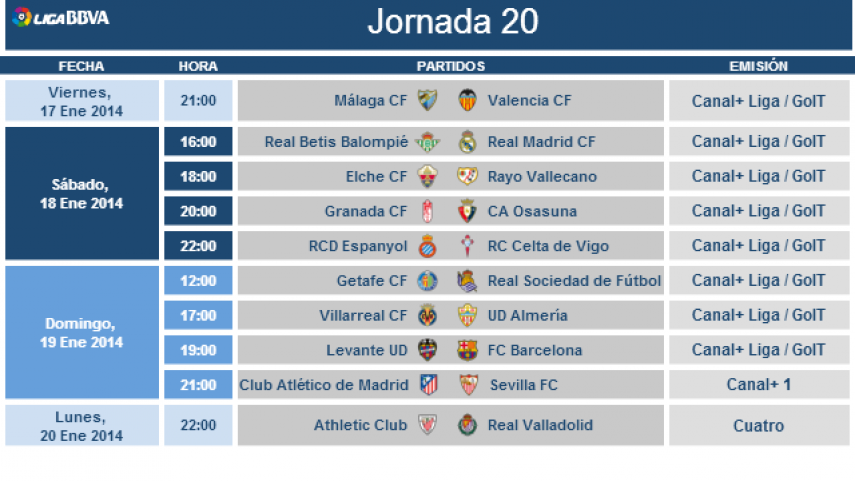 The second half of the 2013/14 season begins with matchday 20, which will be played between Friday the 17th and Monday the 20th of January, and will kick off with the clash between Málaga and Valencia (Friday 21:00). Another game of note sees RCD Espanyol take on Celta Vigo for the late kick off on Saturday the 18th of January (22:00).

To draw the curtain on matchday 20, Athletic Club will play host to Real Valladolid on Monday the 20th of January (22:00).