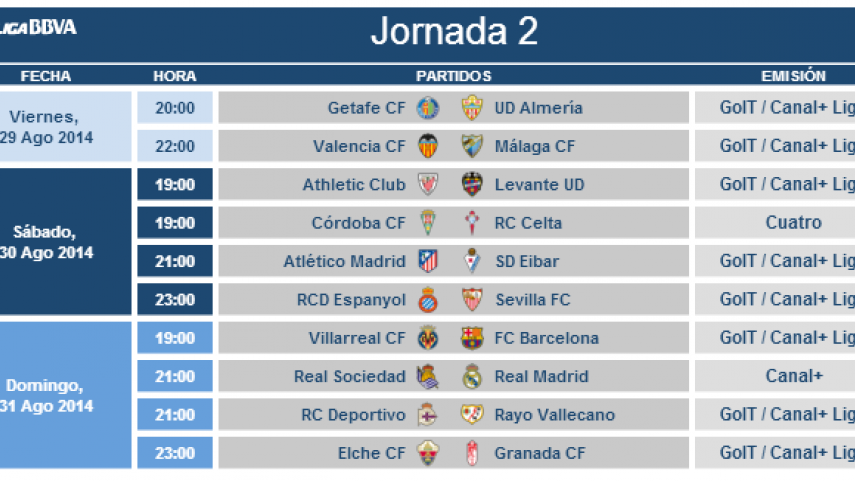 The matchday gets underway on August the 29th at 20:00 and draws to a close on August the 31th at 23:00 with the clash between Elche and Granada.

The schedule for the 2nd matchday of the Liga BBVA has been announced. The first game, which sees Getafe CF take on UD Almería, takes place on Friday August the 29th and the matchday comes to a close on Sunday August the 23th.

There will be no matches played on Monday 1 September because there are international fixtures.

*This schedule is only for the month of August.