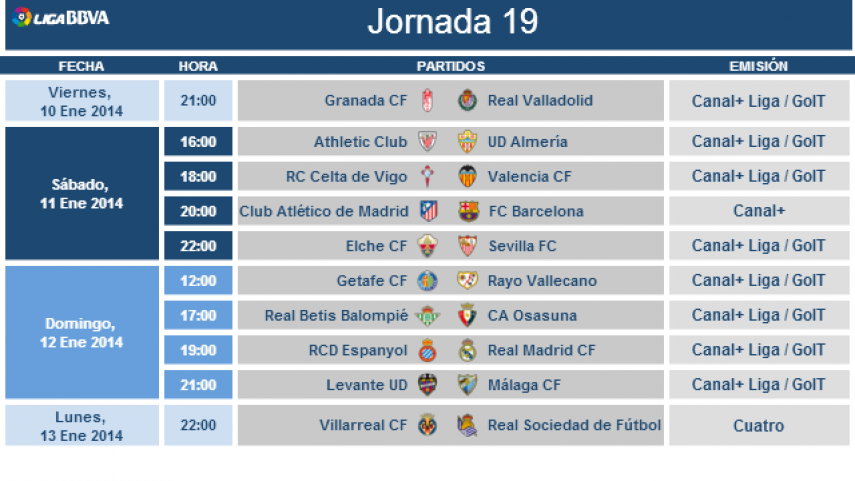 The standout fixture sees Barcelona take on Atlético Madrid on Saturday the 11th of January at 20:00.

The schedule for matchday 19 of the Liga BBVA season, which will take place between Friday the 10th and Monday the 13th of January, has been announced. In what will be the second matchday of 2014, the standout fixture sees Atlético Madrid take on Barcelona in the Vicente Calderón on Saturday the 11th at 20:00.

Other matches include a Madrid derby as Getafe welcomes Rayo Vallecano for the midday kick off on Sunday the 12th, while Villarreal will battle it out with Real Sociedad for the 22:00 kick off on Monday the 13th.