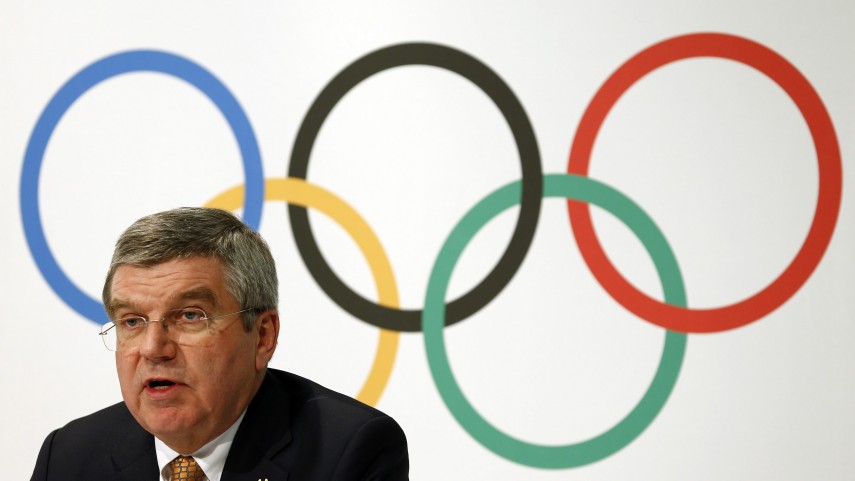 "Liga BBVA is a magnificent competition"

The president of the IOC confessed that he follows Spanish football during a tribute to Spain’s Olympians.

Spanish football and the Liga de Fútbol Profesional were also protagonists at the 8th Annual Spanish Olympic Committee (CEO) Gala. All of the winners, in addition to sports lovers, confessed that they are big fans and followers of Ligas BBVA and Adelante.

The first to shower the Spanish football family with praise was the International Olympic Committee’s German president Thomas Bach: "Liga BBVA is a magnificent competition, it has big teams and is full of great players". The president also talked about the fantastic moment that Spanish football is living, saying: "I would love to see a European final this season between a Spanish team and a German one. It would be a good sign".

Another of the night’s prizewinners, swimmer Andrea Fuentes, also had good words to say about both Liga BBVA and Liga Adelante. "They’re two competitions that promote sporting values, and this is the most important thing for both sportsmen and youngsters", she affirmed.

Olympic medal winner Manolo Martínez also confessed that he was a follower of Spanish football: "I buy the sports papers everyday to keep up to date. I also have a seat reserved in my house every Sunday to follow the matches, but I must confess that the thing I enjoy the most is seeing the Spanish national side play".

The values and achievements of Spanish football were also recognised, along with the other Olympic sports, in a video paying tribute to the year’s most emotive moments. In it were the best goals and plays from Liga BBVA and Liga Adelante last season.