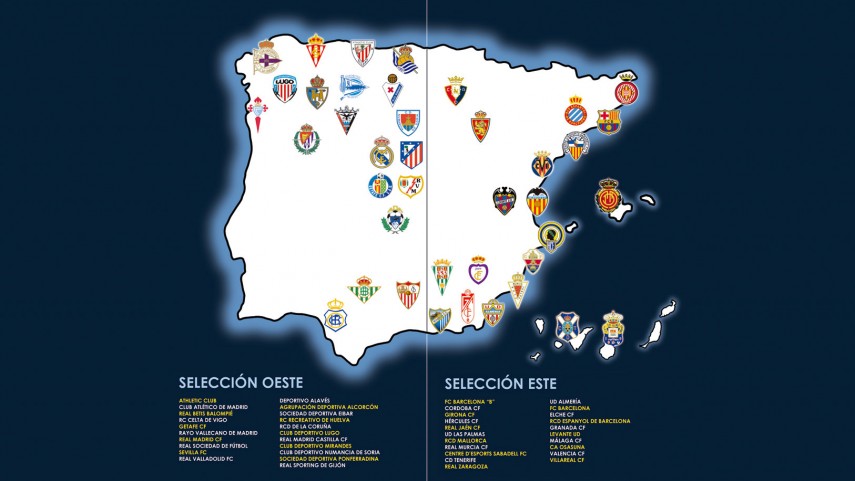 Liga BBVA And Liga Adelante, united for 'Champions for Life'

Two sides representing the East and West of Spain will meet on the 30th of December in a solidarity match at the Santiago Bernabéu.

'Champions for Life' will bring out the solidarity in both footballers and clubs of Ligas BBVA and Adelante, as rivals unite on the pitch for a good cause.

This is the case of Real Betis Balompié and Sevilla FC, Real Madrid CF and Club Atlético de Madrid, Athletic Club and Real Sociedad de Fútbol, FC Barcelona and RCD Espanyol, UD Las Palmas and CD Tenerife amongst others. Sides will put rivalry aside for a motive that is more than justified.

At 19:00 on the 30th of December at the Estadio Santiago Bernabéu the two sides representing the East and West of Spain will face each other in what will be a celebration of Spanish football, helping people who need it the most. Each participating club will allow their best players to take part in a match that will consist of three "halves" of 30 minutes. The referee for the evening will be Velasco Carballo.

* Click here to find out all of the information on how to get your tickets for the match.