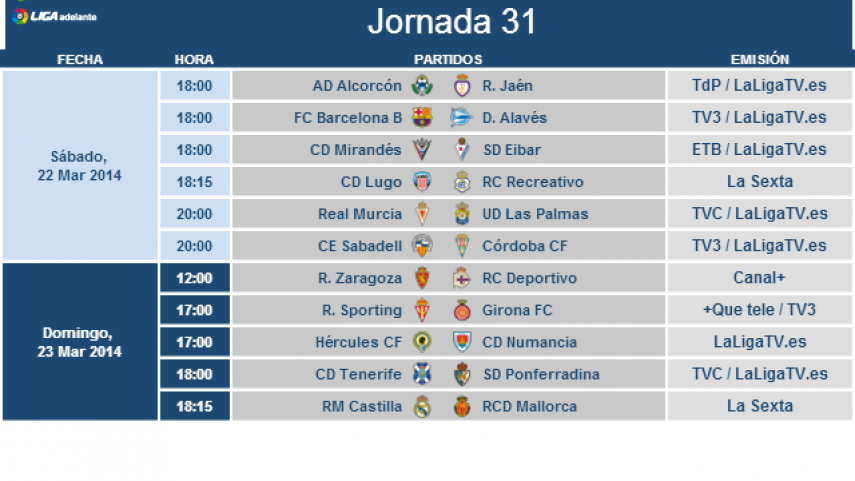 The action begins on Saturday with three matches kicking off at 18:00 and will finish on Sunday at 18:15 with a clash between Castilla and Mallorca.

The Liga Adelante matchday 31 schedule has been announced. There will be six matches played on Saturday 22nd of March, beginning at 18:00 with Barcelona B vs. Deportivo Alavés, Mirandés vs. Eibar and Alcorcón vs. Real Jaén. Real Murcia will take on Las Palmas while Sabadell face Córdoba at 20:00.

Sunday's action will start at noon with Real Zaragoza playing at home against Deportivo de La Coruña. Later that day, Liga Adelante fans will be able to watch the clashes between Hércules and Numancia as well as between Tenerife and Ponferradina live on La Liga TV.