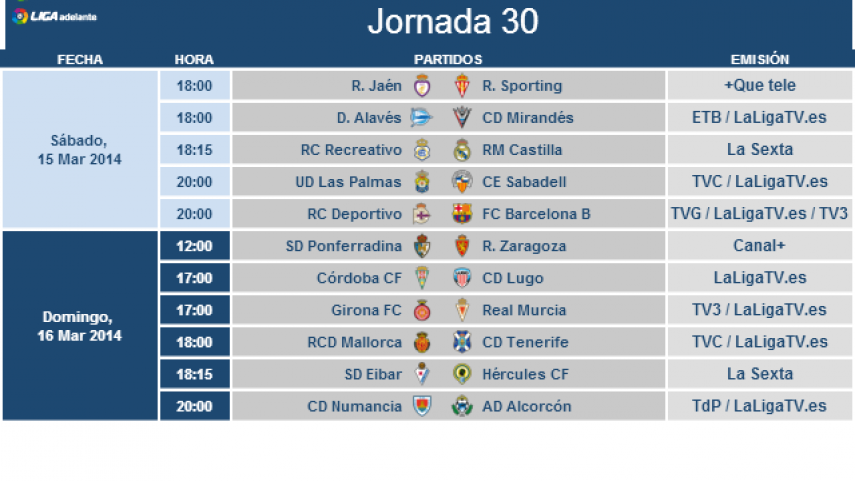 The thirtieth matchday of the competition will begin on Saturday at 18:00 with a clash between Jaén and Sporting and will finish on Sunday with the last match kicking off at 20:00.

The schedule for matchday 30 of the Liga Adelante has been announced. There will be four encounters for fans to enjoy on Saturday, the first two of which begin at 18:00: Deportivo Alavés vs. CD Mirandés and Real Jaén vs. Sporting Gijón.

Following that, Sunday’s action will kick off at noon with Ponferradina taking on Real Zaragoza. On top of that, and also on Sunday, Liga Adelante fans will be able to watch the following matches, as well as others, live on Liga TV: Córdoba vs. Lugo, Girona vs. Real Murcia and RCD Mallorca vs. Tenerife.