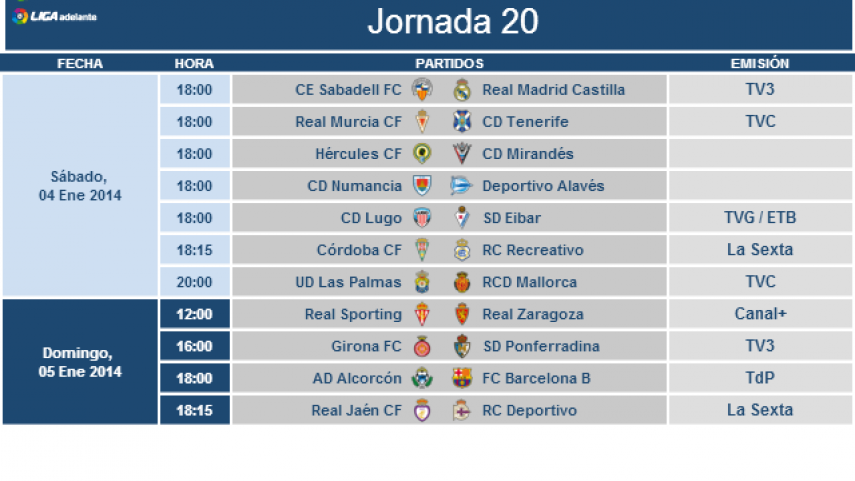 The first matchday of 2014 will comprise seven matches on the Saturday and four on the Sunday.

The schedule has been set for the twentieth matchday of the Liga Adelante, which will be played on the 4th and 5th of January 2014. The year's first weekend of football will include an all-Andalusian clash on Saturday the 4th of January at 18:15 between Córdoba CF and RC Recreativo de Huelva.

The matchday finishes on Sunday the 5th of January, when the most enticing tie will see Real Sporting de Gijón take on Real Zaragoza.