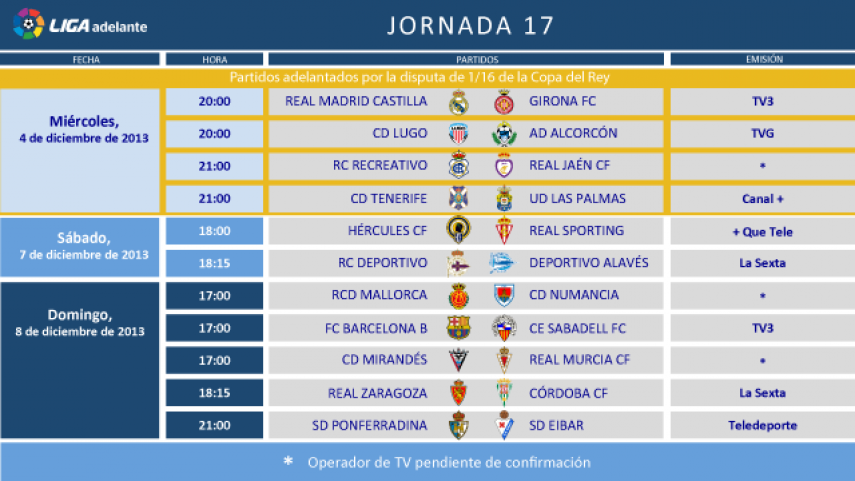 Four matches will be brought forward to the 4th of December due to the fourth round of the Copa del Rey.

Matchday seventeen of the Liga Adelante will see four matches brought forward to the 4th of December because of the fourth round of the Copa del Rey. The highlight of that Wednesday’s fixtures is CD Tenerife - UD Las Palmas, a Canary Island derby.

The rest of the matchday will be held on the 7th and 8th of December. Saturday’s matches are: Hércules CF - Real Sporting de Gijón and RC Deportivo de La Coruña - Deportivo Alavés. Five matches will have to wait until Sunday the 8th, of which the highlight is an all-Catalonian clash between FC Barcelona B and CE Sabadell FC.