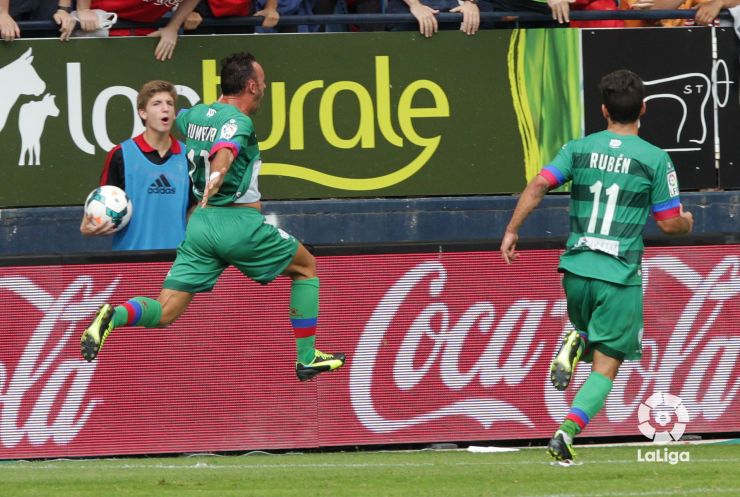 Joaquín Caparrós’s team secured an important three points against an Osasuna side who impressed in the first half.

Levante UD secured an important win away at El Sadar, beating CA Osasuna thanks to a goal from Jordi Xumetra three minutes from the end.

Javi Gracia’s side came into the match after impressing last time out at the Vicente Calderón, and picked up where they left off, creating many an opportunity to secure the three points. The first of these came to Oriol Riera, who was denied by the reflexes of Keylor Navas in the Levante goal.

The home side continued to control the first half, and Navas was called upon time and again to keep the score level. First he saved from Armenteros, later denying his strike partner Riera for the second time. Levante were very much second best, and counted themselves lucky to go in at half time level after Pedro López’s cross evaded everybody in the box.

The second half was much more even as the away side put up a fight and started to test Andrés Fernández in the Osasuna goal. Babacar Diawara was denied only by the heroics of defender Jordan Loties after his effort beat the goalkeeper. The home side also continued to press for a winner, and were denied by the woodwork as they desperately sought to make one of their chances count. However, with three minutes left on the clock, Jordi Xumetra secured victory for the visitors, putting in the rebound after Fernández had saved Papakouli Diop’s penalty.