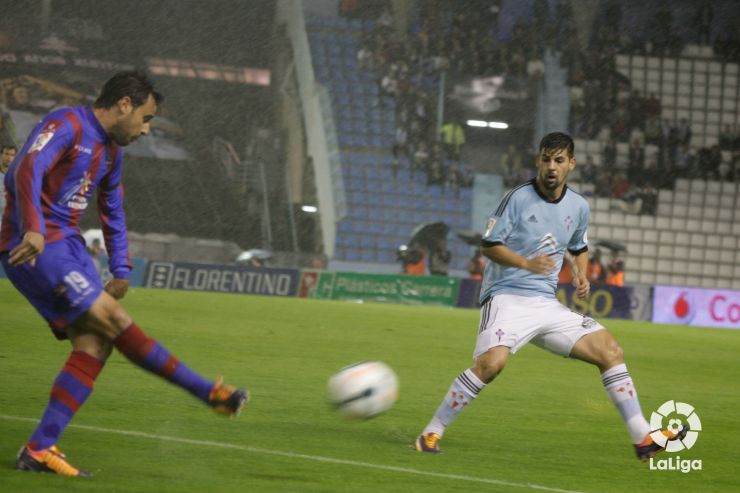 Joaquín Caparrós’ men beat Celta 1-0 thanks to a Diop goal in the final minutes.

Levante’s 1-0 win over Celta Vigo in the Estadio de Balaídos in the penultimate game of matchweek nine was marked by intense rain.

The first real chance of the encounter fell to Santi Mina in the 16th minute. The youth academy player received a pass from Nolito in the box but took too long to pull off his shot, allowing Keylor Navas to save well. Luis Enrique’s side dominated possession, while Levante’s main form of attack was using the break, with Baba and Xumetra keeping the home side on its toes. Toni had an incredible shot kept out by Navas in the 40th minute before the first half closed out scoreless.

The home side started off the brighter after the break, with Santi Mina sending a great Rafinha pass over the bar in the 66th minute. Moments later Charles wasted another chance to put the Galician side ahead. Levante could barely cope under the heavy downfall, just about managing to keep Yoel from picking the ball out of his net. Joaquín Caparrós made three changes in the 72nd minute, looking to get a reaction out of his team. And it worked when Diop scored from a free kick on the edge of the area to make it 1-0. Celta have not won a game since the 25th of August.