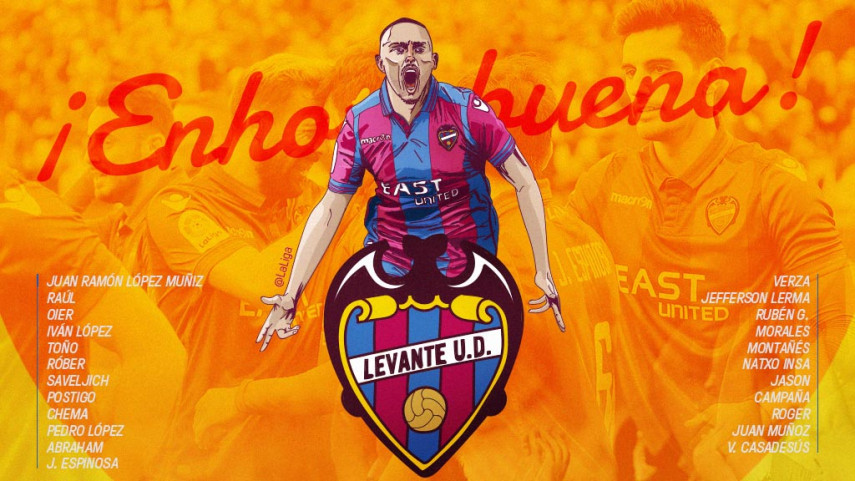 There was a party atmosphere at the Ciutat de Valencia stadium as Levante UD ran out 1-0 winners over R. Oviedo on Matchday 36 of LaLiga 1|2|3 toseal promotion to LaLiga Santander at the first time of asking. In doing so, the Granotas achieved their objective with six games still to play before the end of the campaign. 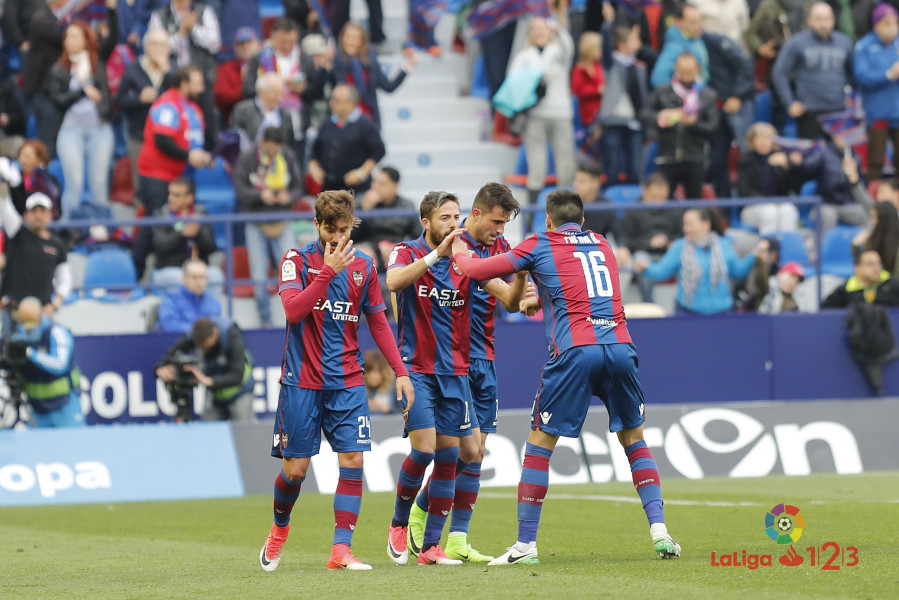 The team led by head coach Juan Ramon Lopez Muñiz sealed promotion on the back of their impressive statistics throughout the season: they have been top of the table for 34 of the 36 matchdays played to date, taken more points at home (48) and away (29) than any other team, and notched up 50 goals whilst only conceding 25.

The standout performers in the newly-promoted team are Roger Marti, Jose Luis Morales, Jose Campaña, Sergio Postigo and goalkeeper Raúl Fernández. This is the fifth time they have been promoted to Spain's top flight, having previously done so in 1963, 2004, 2006 and 2010.